Close to the Sun Preview – It’s Better to Burn Out 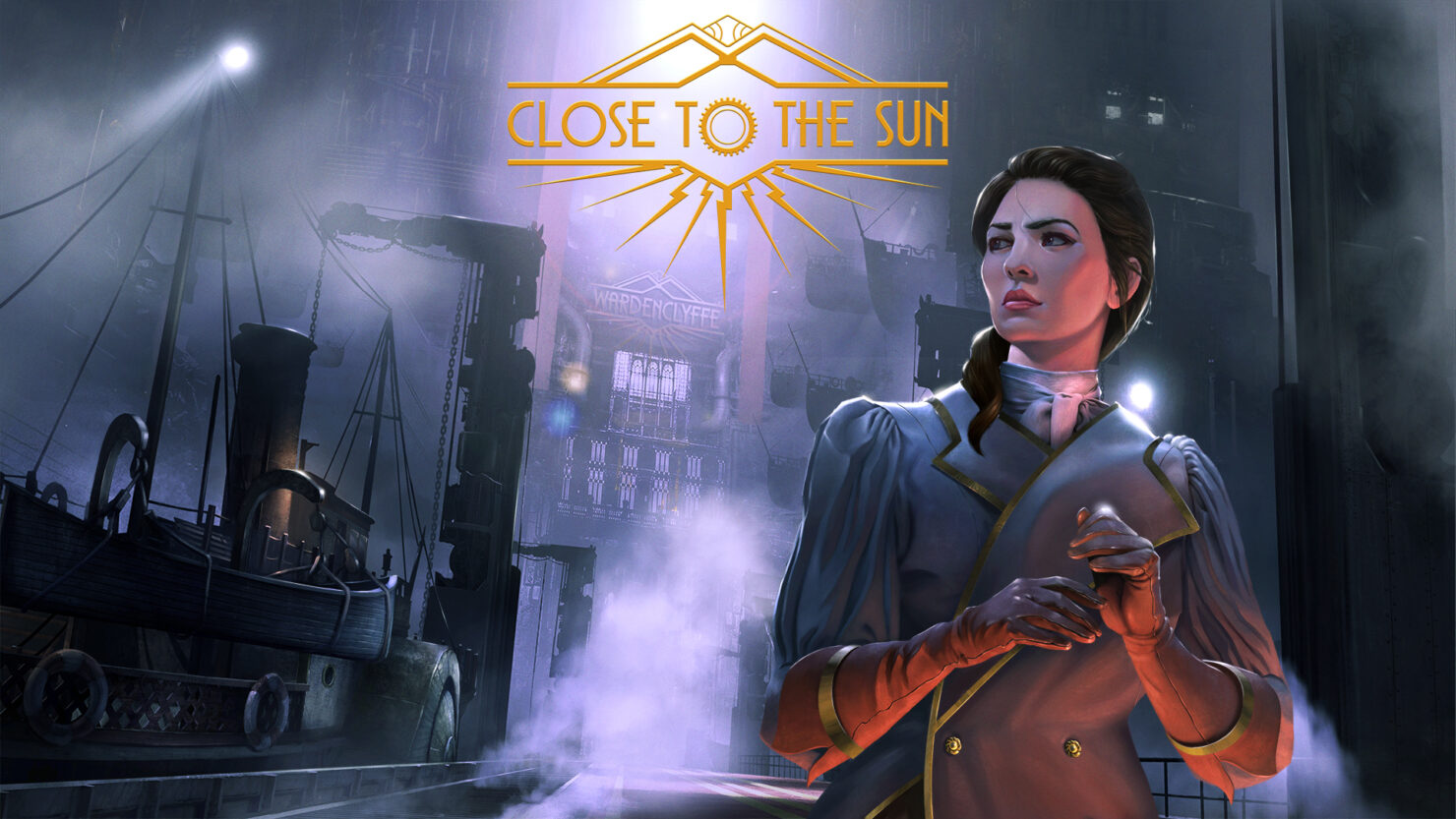 Storm in a Teacup is a studio that looks to be punching above their weight when it comes to their upcoming release, Close to the Sun. It's a first-person horror story set in an alternate world where Nikola Tesla saw a rise to prominence that the man quite evidently deserved. A fantastic inventor, jilted and eventually in competition by a man he admired in Edison, Tesla has decided to quite literally set sail on his own custom-built megalithic ship called the Helios.

You play Rose, a journalist, who just so happens to have received a letter from your sister who is a scientist aboard the Helios. She sets sail on a small boat, heading towards the Helios, a ship that is so huge that the rear of the ship can open up to reveal a dock for other ships within its hull. In a recent event, I had a hands-on with Close to the Sun and was able to see this, the prologue, as well as chapters one, two and six. Needless to say, I left more than a little impressed. 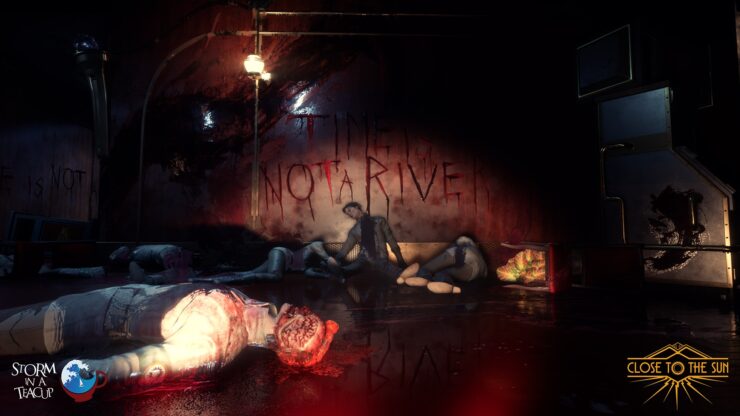 In a move that is likely an annoyance to Storm in a Teacup, I'm going to have to make the Bioshock comparisons that have followed the game since it was first unveiled. Even the opening has a resemblance of Bioshock, only rather than flying and landing in water, you're sailing on the water to go to this custom-built, magnificent looking, stateless place built for a specific reason. Tesla wanted a place where he could lure the best and brightest of the world, a place where he and they could conduct experiments and build their inventions far away from governmental and public oversight and far away from his main competition, Edison. Tesla and Andrew Ryan would have gotten on.

Even before you get to the Helios, on whatever little travel ship you're on, you'll find little elements of the world and story. Close to the Sun is quite literally littered with small bits of newspaper clippings, newspapers, misplaced ID cards of people who used to be around, posters, passes and more - all highlighting the world Rose, and now you, inhabit. It's certainly an interesting world as well, seeing the multicultural, gender-neutral and science-first society that Tesla has formed on the Helios.

Tesla himself was a man of both fortunate and unfortunate beliefs. He long supported women in taking a more active and valuable role in society, lamenting their subservience. However, flipping the coin, Tesla was a believer in eugenics, supported and predicted a world in which the 'eugenically inferior' would be limited, if not prohibited, from breeding. The man invented the Tesla Coil and also claimed to have invented a 'death beam' (the Teleforce). Tesla is a man perfect for the horror genre. 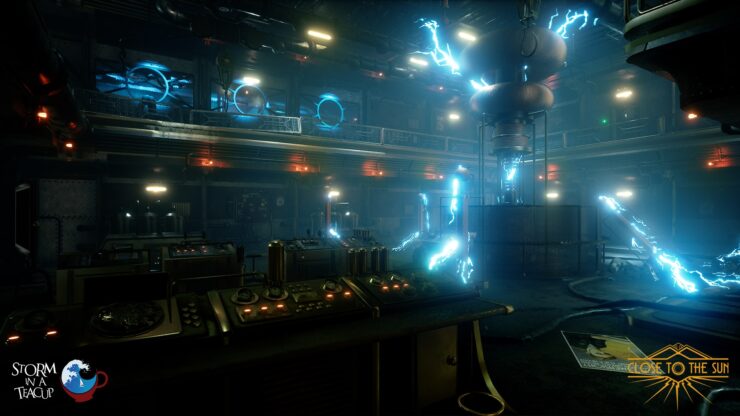 As Close to the Sun is a horror game, by the time you get to the Helios it's too late. You realise that everything has gone tits up. You disembark your ship, nobody is around. Head into what is essentially the reception of the Helios and you see an issue: chaos, bodies and blood. More inviting is a huge red warning saying 'quarantine' on the door that has closed shut behind you. Maybe it's time to try and find your sister before you get off of this floating death trap.

Naturally, you're not going to find escaping the Helios a simple matter. Prior to playing the game, we were shown a slide that explained which games influenced the game (not Bioshock). These are SOMA, Outlast, Layers of Fear and the excellent Firewatch. I also thought Firewatch was the perfect answer to "Which of these is not like the other". Much like the first three titles mentioned, this is very puzzle driven but also has a fantastic atmosphere that simply leaks out of the screen.

To call it ominous would be a bit of an understatement. With little more but wreckage, ruin and chaos to describe the state of Helios, plus the occasional bloody trails made by a now unseen, or at least somewhat unseen corpse, there's more than enough made visible to know that something has seriously gone wrong. Storm in a Teacup also knows how to keep you on edge. Be it the sudden jerk of a lift, the ravings of a crazy survivor or the obvious paranoia to be found from reports, notes and more to be found while searching the ship. Nikola Tesla also loves to keep talking at you from his little safe room, wherever that is. 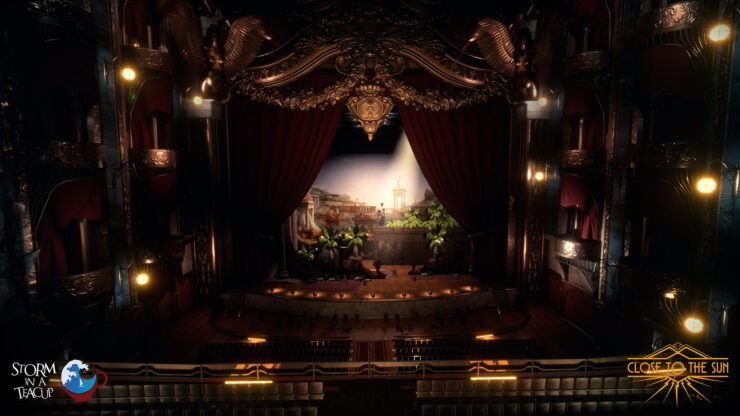 More than a few times I found myself jumping thanks to effective jump scares. Though I have to admit, there were a few parts that couldn't really be classed as scares that managed to put me on edge. This was in a room with seven other folks at the event to play the game. Fortunately, I didn't jump as much as the bloke at the side of me. I did, at times, say out loud "Stop stabbing me. We get the picture, you want the poor lass dead!"

If that gives away something, then let me make it even clearer. You can be brutally murdered in what are 'chase scenes'. Rose can't fight, that has been made clear. Her only option is to run away, moving around or over obstacles that will hopefully slow down her pursuer. If they catch up, well you're just going to die. It was a little too challenging, something the developers are well aware of.

I was told about one person at an event who died something like twenty times before they offered to do that section for them. Fortunately, I only died twice. These sequences can certainly turn the game on its head, moving from slow and contemplative as you explore the environment and attempt to solve puzzles, becoming fast and frantic as you attempt to escape the raving lunatic with a big pointy thing, wanting to kill you.

The only other thing I really want to talk about is, well, some things that appear in Close to the Sun. They're not exactly ghosts, but somehow remnants of the people who were once aboard the ships. They are humanoid yellow shapes that act out events with the dialogue that actually happened. Having only played a small amount, I don't actually know what they are, though the game drops time travel and alternate dimensions in passing, so I'm certainly interested in finding out what it's all about. 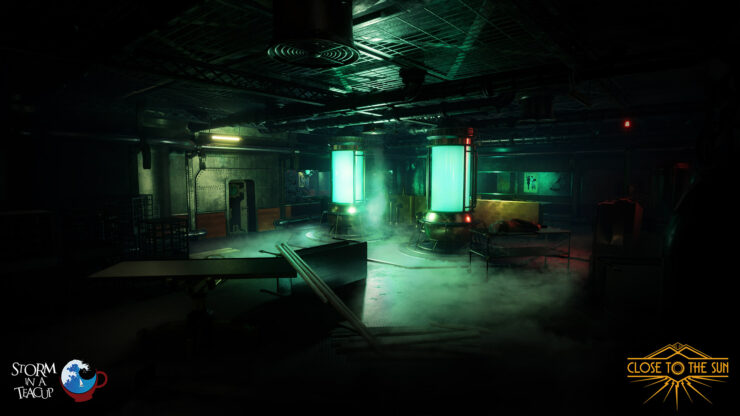 Joel Hakalax, a game designer from Storm in a Teacup, explained that Close to the Sun will have around twelve chapters and take around five to six hours to complete. This varies depending on how much you like to explore the world and how many easter eggs & collectables you want to find. Each chapter of the game is said to feature their own themed collectables too.

If there's anything that can be said about a game's quality, it's that I want to keep playing it. Having played through the first two chapters and one roughly halfway through the game, it's done more than whet my appetite for more. Not only does it look and sound fantastic but even now with work left to do, there's an attention to detail in every square inch of what I've seen so far. Close to the Sun could be one of the most engaging games of 2019 and one I'm looking forward to.

The game will launch later this year, priced $29.99, on PC via Epic Games Store and consoles.