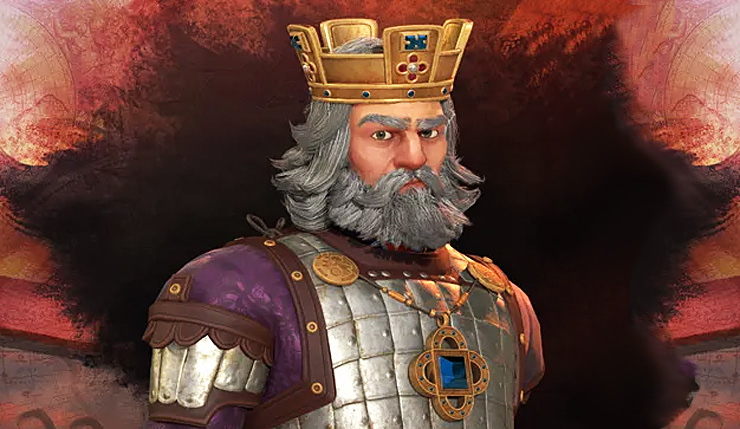 Earlier this year Firaxis launched the Civilization VI New Frontier Pass, which will eventually deliver 8 new civs, 9 leaders, and a variety of additional modes. We already got the Maya and Gran Columbia pack back in May, and Ethiopia in July, and now in September Firaxis is adding Byzantium and Gaul. The update will also add a couple additional wonders (the Statue of Zeus and Biosphere) and a new mode, Dramatic Ages, which will increases the frequency of Golden and Dark Ages. Check out an overview of the September New Frontier Pass update, below.

And here’s a look at Byzantium under Basil II, which focuses on military might and spreading religion (a trailer for Gaul has yet to be released).

Basil II (aka Basilius II) was the emperor of the Byzantine Empire from 976 to 1025 CE. He is remembered for conquering ancient Bulgaria, where he became known as the Bulgar-Slayer (Bulgaroktonos). Basil II's reign is one of the most significant in Byzantine history due to his constant military campaigns; these exploits led to the zenith of Byzantine power in the Middle Ages.

This district replaces the Entertainment Complex district, is cheaper to build, and provides additional Amenities. Grants a Heavy Cavalry unit when the Hippodrome and its buildings are constructed.

Civilization VI is available now on PC, Xbox One, PS4, and Nintendo Switch. The Byzantium and Gaul update arrives on September 24.