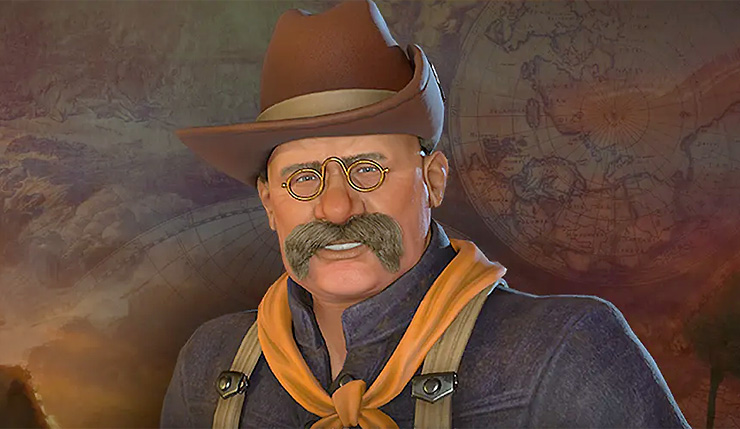 Earlier this year Firaxis launched the Civilization VI New Frontier Pass, which will eventually deliver 8 new civs, 9 leaders, and a variety of additional modes. We already got the Maya and Gran Columbia pack back in May, and now Firaxis has announced a July release for their Ethiopia pack! Check out a new developer diary for the update, below.

As the name implies, the new pack adds the Ethiopia civ, which has been a staple of the series since Civilization IV. Firaxis hasn’t provided a full rundown on Ethiopia yet, but the civ will focus on diplomacy and will gain extra Faith from trade routes. Basically, they’ll be a good choice for those non-confrontational types who prefer building improvements to waging war.

The most interesting part of the Ethiopia update is the new Secret Societies mode, which lets you ally yourself with various sects that will reward you with a special governor and certain bonuses. Some of these secret societies, such as the Hermetic Society, are based on real life groups, while others like the Cthulhu-worshipping Void Singers and the blood-sucking Sanguine Pact are a bit more…fanciful. The Ethiopia Update will also add new “Persona Packs” for Teddy Roosevelt and Catherine De Medici…

Those who've purchased the New Frontier Pass will receive the Teddy Roosevelt and Catherine De Medici Persona Packs. Each Persona Pack contains a brand-new take on a favorite leader, with a new leader model and background, new gameplay bonuses and an updated agenda that reflects the changes to the leader’s personality. “Rough Rider Teddy” excels at keeping the peace on his home continent, while “Magnificence Catherine” can use Luxuries to overwhelm the world with Culture and Tourism.

The New Frontier Pass costs $40 and will include six updates. Here’s an outline of what to expect:

Civilization VI is available now on PC, Xbox One, PS4, and Nintendo Switch. The Ethiopia Update launches on July 23.