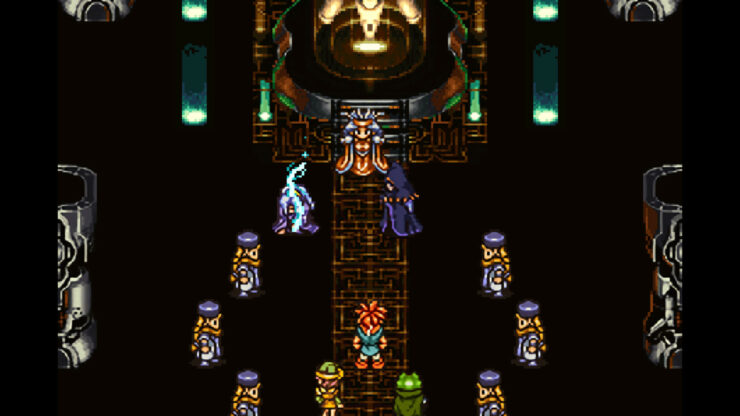 Back in February, Square Enix released the classic RPG Chrono Trigger on Steam, but the PC port is probably one of the worst ever released by the Japanese publisher. It's been confirmed last month that the team was taking a look at some of the issues, and the next update for the game will bring back the game's classic look.

On the game's Steam Community forums, Square Enix has confirmed that a new update will be released for the game in the first half of the current month and it will include, among other things, an option to switch between the current high-res graphics and the original SNES graphical style. Considering modders have been working to restore the classic graphics since release, this is great news.

We have been working on addressing the issues that you’ve raised, and will be releasing a number of patches over the coming months as we continue to support CHRONO TRIGGER on Steam.

We’re aiming to release the first of these patches in the first half of April, and the biggest change is that it will include an option to switch between the current high-resolution graphics, and the original graphical style of CHRONO TRIGGER.

We’ll post a full list of changes here when the first patch is released. For now, be assured that we’re working very hard on adjusting, updating and supporting CHRONO TRIGGER on Steam.

Chrono Trigger can now be purchased on Steam. A Limited Edition is also available until the end of April.