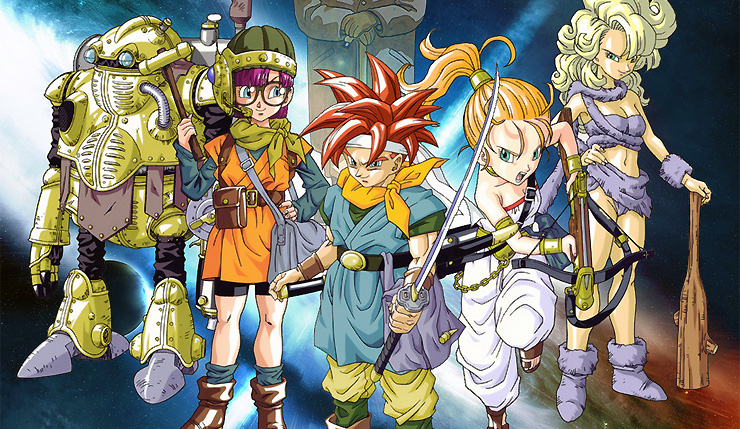 Arguably the greatest RPG of the 16-bit era has finally found its way onto PC. Chrono Trigger has been released on a variety of platforms over the years – SNES, PSOne, Nintendo DS, iOS, Android – but the PC was always left out in the cold.

Well, that changes now, as Chrono Trigger has popped up on Steam without warning. Here’s what Square Enix has to say about this version of the game:

“A chance encounter amid the festivities of Guardia's Millennial Fair in Leene Square introduces our young hero, Crono, to a girl by the name of Marle. Deciding to explore the fair together, the two soon find themselves at an exhibition of the Telepod, the latest invention by Crono's longtime friend Lucca. An unanticipated malfunction, however, sends Marle hurtling through a rift in the dimensions. Taking hold of the girl's pendant, Crono bravely follows in pursuit. Journey to the forgotten past, the distant future, and even to the very End of Time. The epic quest to save a planet's future makes history once again…

If you’ve had the pleasure of playing Chrono Trigger before, then you’ll be pleased to find out that this version includes animated cutscenes, as well as the Dimensional Vortex and Lost Sanctum dungeons from previous versions of the game. We’ve also updated the controls, graphics and sound to make this the definitive version of Chrono Trigger!”

Square Enix is also offering a Limited Edition package, which includes a 5-song soundtrack, and a collection of six wallpapers. The Chrono Trigger Limited Edition is only available until April 2.

Sounds pretty good, right? Unfortunately, you may want to lower your expectations a notch – it seems this is more or less a straight port of the mobile version of Chrono Trigger. Twitter user Fred Wood provided a less-than-flattering look at the game:

This looks like someone's first attempt at an RPG Maker game. pic.twitter.com/1cd6YxTdZU

Okay yeah, fuck. This is what I was scared of. It's just the phone version ported to Windows. Touch controls and all. pic.twitter.com/ek8KJL94wu

Since this crazy Tweet Thread is still going around, let's talk a little about how baffling the visuals are. Everyone's saying "ugh what a gross shader", but that's the thing -- it's multiple gross shaders.

On the left, a Higan-Emulated and scaled screenshot. On the Right, PC. pic.twitter.com/UDDoDpSwEr