Shortly before the turn of the millennium, Squaresoft was churning out iconic RPGs that have easily stood the test of time. It was only four years removed from the Super Nintendo release of Chrono Trigger and the scriptwriter for that legendary role-playing game, Masato Kato, was helming the Chrono Cross project as director among other titles. Another tale of time travel and saving the current timeline from unforeseen challenges, Chrono Cross hasn't been released on a more modern platform in more than two decades, save for a PS1 Classics release on PlayStation 3 and PlayStation Portable. Is this iconic RPG worth replaying in the current timeline, or should it have stayed behind as the progenitor for better titles? 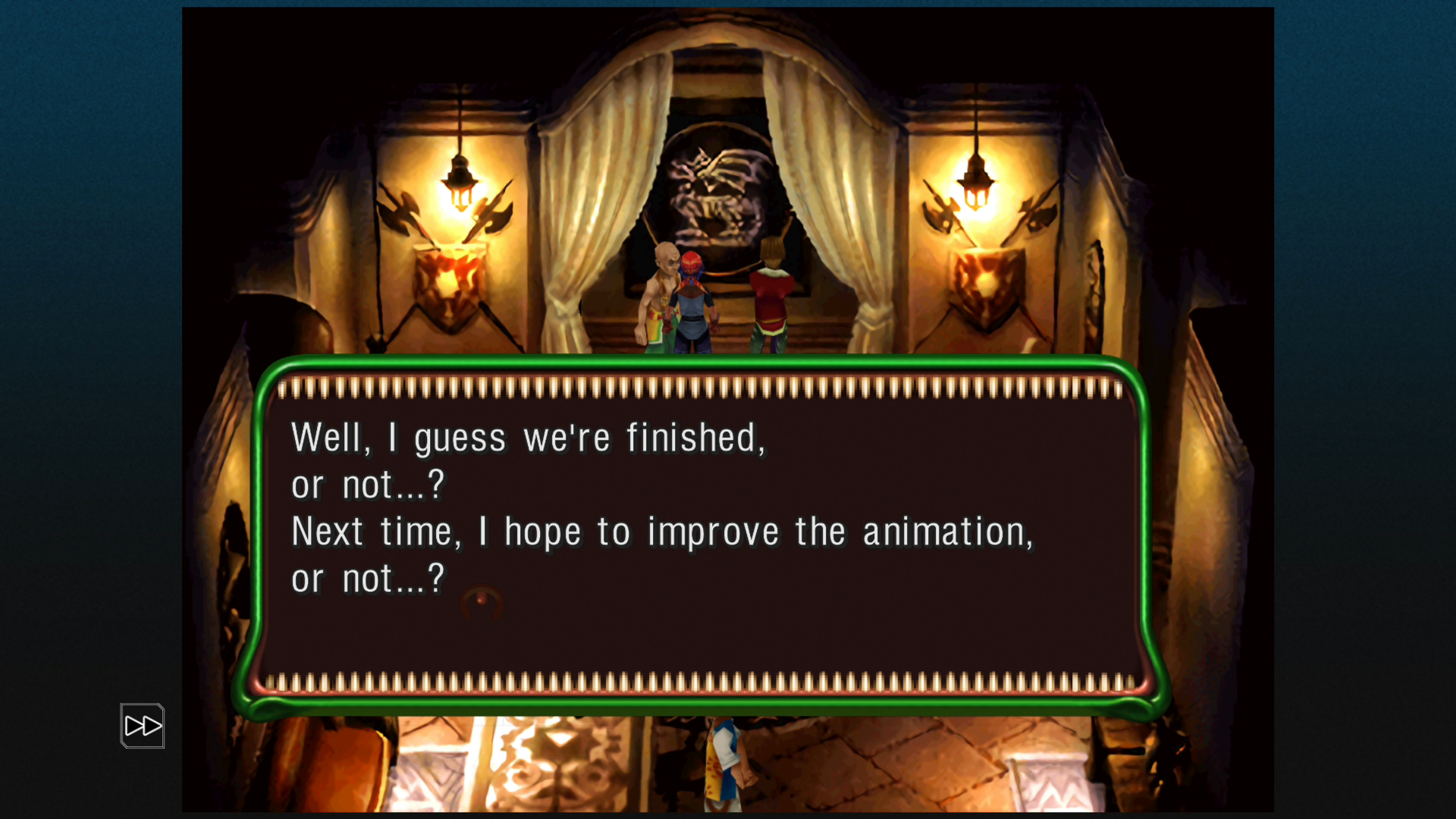 To preface everything else I'd like to say about Chrono Cross: The Radical Dreamers Edition, allow me to say that Chrono Cross remains one of those RPG tales that's stuck with me ever since I've originally played it back in junior high. At points, the game teases the player with the promise of non-linearity and the choice to approach the store how they see fit. At a few key intervals, players can make choices that have the illusion of some grand divergent path that always returns to something more predestined. Perhaps it's FATE at play here, but sometimes there's no escaping the flow of time and how you'll play through Chrono Cross whether it's your first playthrough or your tenth. For those that haven't played Chrono Cross before, some screenshots in the gallery do contain scene or character spoilers, as a forewarning.

With a roster of nearly fifty characters and a battle party of Serge plus two more, there's going to be some tough decision-making on who you bring with you and who stays behind at any given time. Not long after your adventure begins, you're gifted a Tele Porter that lets you swap out party members at will whenever you can save. What makes Chrono Cross unique in its progression is the lack of traditional leveling, so someone you haven't played with for the past ten hours could still be a viable party member towards the end of the game. Each major encounter (with a few notable exceptions) rewards the player with a star. These provide each party member with a distinct stat boost, while occasional normal fights will reward the player with 'mini levels' or simply an HP boost for a few points here or there. The original issue of wanting to run away from fights once you've gotten as much additional HP between stars is easily remedied with one of the instant cheats that have been added to Chrono Cross The Radical Dreamers Edition: the option to simply ignore enemy encounters.

One of the other gameplay tweaks added to Chrono Cross The Radical Dreamers Edition is the ability to slow down/fast forward animations by giving the player a Time Shifter from the beginning of the game, rather than gating it being New Game Plus. The other is a cheat function that makes Serge and the team invincible by causing every enemy attack to miss 100% of the time while instantly refilling their health and element slots. With just a click of the right analog stick, facing Miguel or Dario is no longer a challenge. There's also an Auto-Battle feature built-in but all it does is input Attack commands for the player rather than any smart AI element casting or tactics.

From the launcher menu that lets players choose between Chrono Cross or Radical Dreamers, players are given the choice to experience Chrono Cross with the original graphics or remastered (with a new font and character portraits) and an option of screen zooming/stretching. There isn't any way to pick and choose, such as playing with the original graphics but a higher resolution, easier to read font. I suspect most players with a screen larger than a handheld Nintendo Switch would opt for the remastered graphics so as not to get a face full of jagged pixels but having the option and not being limited to just remastered smear is a choice I have to respect. 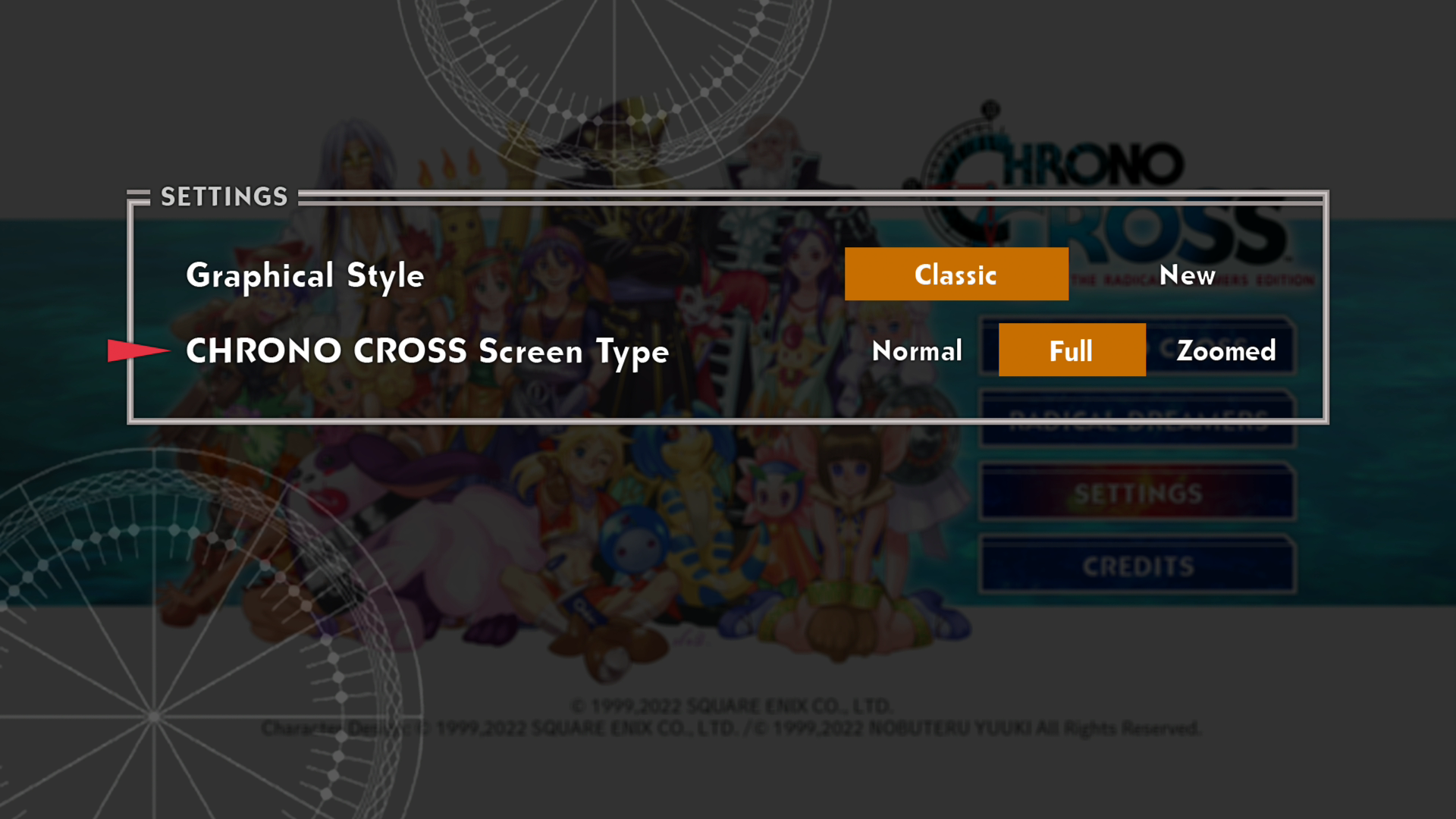 Touching briefly on Radical Dreamers -Le Trésor Interdit-, this was previously a Super Famicom Satellaview exclusive in Japan that was largely lost to the sands of time if it weren't for the Internet archives that eventually led to a fan translation. This sound novel focused on the player character alongside Kid and Magil attempting to break into the Viper Manor and steal a treasure known as the Frozen Flame from an antagonist by the name of Lynx. While open in its initial presentation, it's a sort of choose-your-own-adventure that invisibly gates players down a predestined path. There are some light RPG elements, such as an invisible HP meter and affection with Kid that determines whether the player can survive all the way through until the end. Much as the two Chrono games it shares a universe with, the branching paths and multiple endings don't present themselves until the player manages to survive a single night in the Viper Manor.

Calling Chrono Cross a remaster does feel like somewhat of a disservice to the quality of Square-Enix's more recent titles, such as Legend of Mana and SaGa Frontier. Each and every scene and background in the original Chrono Cross was beautifully drawn out by either Yasuyuki Honne, a member of Square that later went on to work on the Baten Kaitos series or five other field map designers that brought Termina to life. These backdrops each had a surprising amount of color and distinctive feel to them that made each island that Serge and the crew visited feel unique from one another. They were truly pinnacle achievements of what could be done on the PlayStation 1. In the years past, fans have done their own attempts to upscale the backgrounds and environments to good effect but I had hopes that the definitive release of Chrono Cross from none other than the same hands that molded this experience from nothing at all could do far better than what a piece of upscaling software could do. 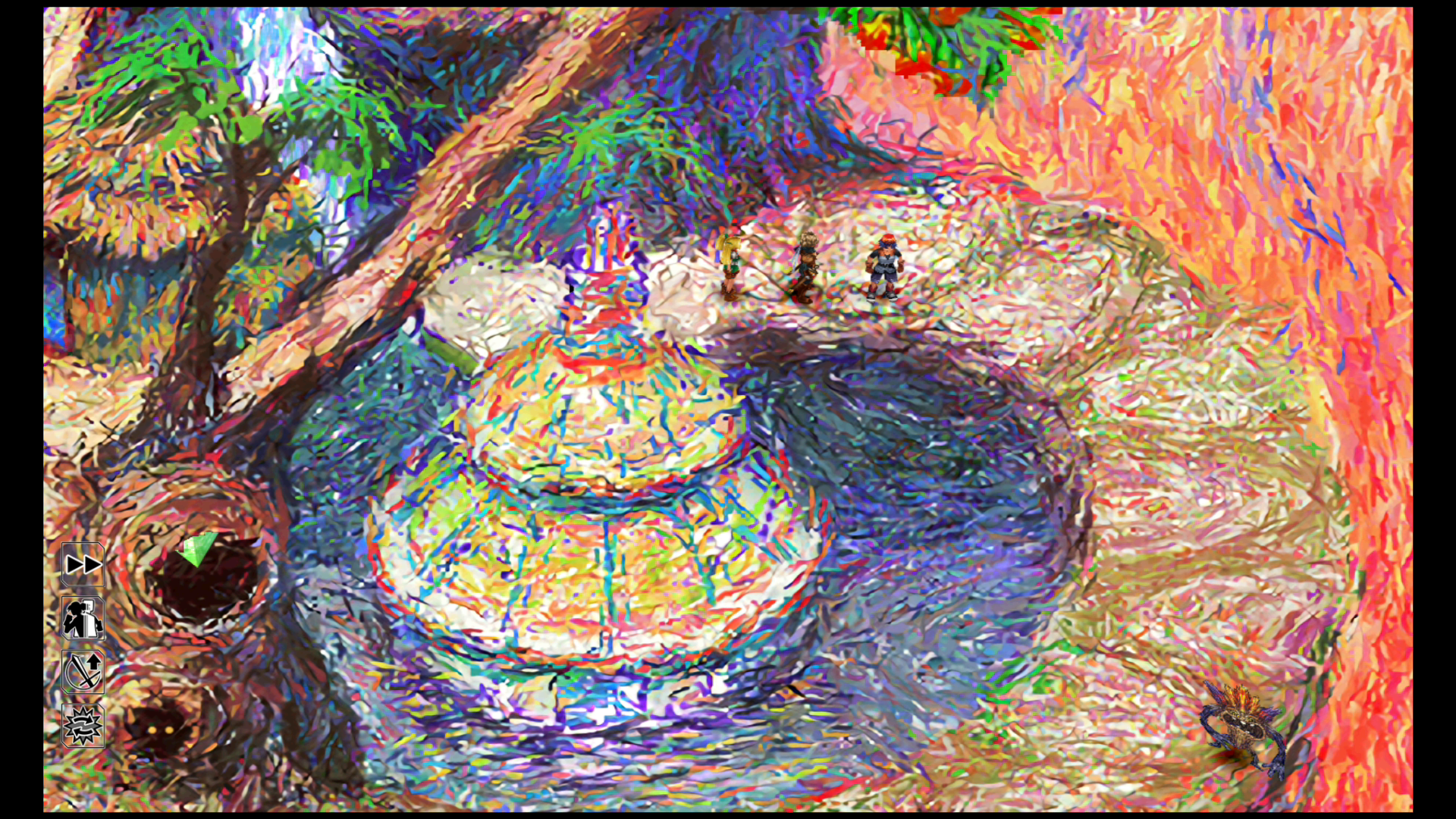 Unfortunately, the more I played and ventured from Arni Village to Termina to Marbule and beyond, the more that the glaring 'remaster' graphics stood out as not just a weak pass at improving the art but rather destroying those backdrops that I remember so fondly. What was once chaotic yet balancing brush strokes were instead muted and smeared with the layer of vaseline that can often come with a low-quality upscale. They're a stark contrast to the focused, sharpened character models and the crucial indicators of walkable paths or scene exits can often be difficult to focus on. That being said, if you're looking forward to the upgraded menus, font, and character portraits, you're forced to stick with the 'remastered' graphics on the whole, as the two versions of Chrono Cross are separated through a menu toggle from the initial launcher.

Chrono Cross: The Radical Dreamers Edition is a title that I truly wish had been given the extra effort to address some of the core issues surrounding the frame rates of the original PlayStation 1 release. The crippled frame rates, which remain a constantly fluctuating 15-20 FPS in battles, are only exacerbated by providing players with the ability to slow down and fast forward gameplay without having to finish the game first. In another time, another place, perhaps Chrono Cross The Radical Dreamers Edition would be more critically revered this second time around but I can find little reason to recommend this particular bundle over the PlayStation 1 release based on the core game alone. However, Radical Dreamers has been a title I've long-awaited to play with an official English localization, and including this experimental Super Famicom sound novel into the package helps soften the sting of the otherwise lackluster remaster.

Despite being a masterpiece of split universes and the often futile attempts to fight fate, we're living in the timeline where the original source code for Chrono Cross was lost to the scars of time and the remaster that exists in this age wasn't given the focus that one of the greatest JRPGs of all time deserves.