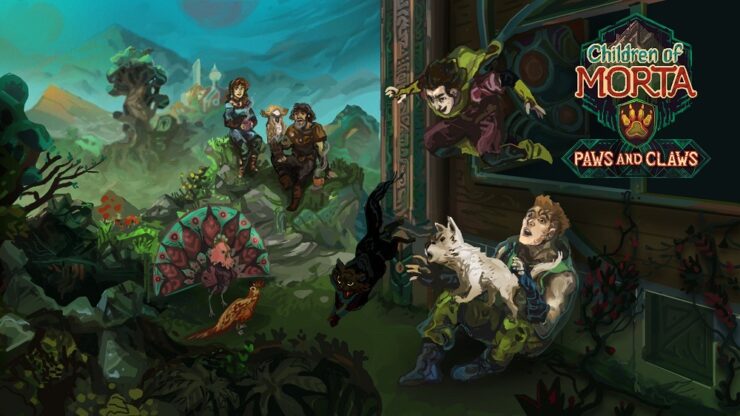 11bit Studios’ roguelike adventure Children of Morta continues to receive regular content updates almost a year after its release last September. The adventures of the Bergson family will continue with two new pieces of downloadable content. One will be available for free for all players, while the other titled Paws and Claws will be available for purchase with proceeds going to benefit charity.

The roguelike action RPG from Dead Mage follows the storyline of the Bergson family as they defend their ancestral home from an evil known as the Corruption. With the new Paws and Claws DLC, the Bergsons will now be able to expand their influence upon the land with a whole slew of animals to ally with.

The Paws and Claws DLC for Children of Morta is available now on PlayStation 4, Xbox One, Nintendo Switch and PC for $3.99. 100% of 11 bit studios and Dead Mage’s proceeds will go to benefit the Humane Society International.