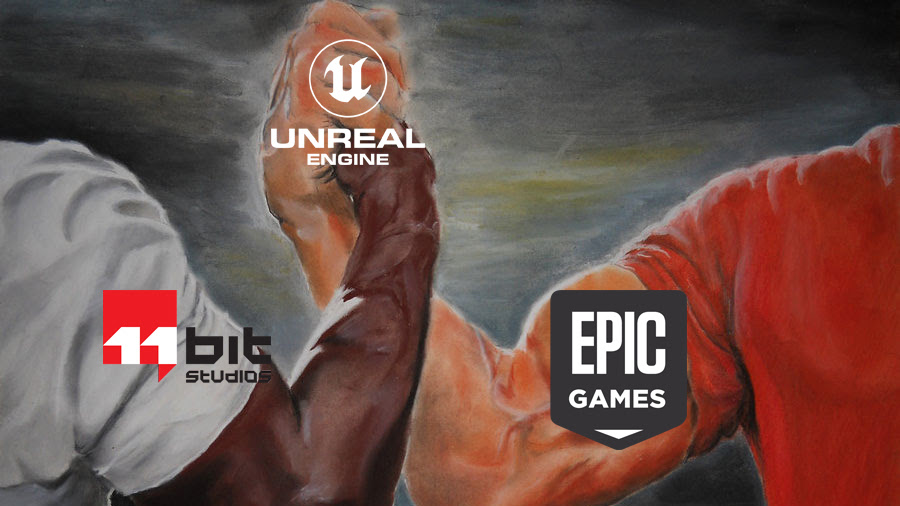 11 Bit Studios has announced that they'll shift focus from their proprietary game engine to Epic Games' Unreal Engine for future game developments. As part of a custom license agreement with Epic Games, 10 upcoming projects will be produced internally and externally under the 11 Bit Studios publishing umbrella, powered by Epic Games’ Unreal Engine 4 and Unreal Engine 5 technology.

Rocco Scandizzo, EMEA Games Business Development Director at Epic Games, had the following to say regarding this new venture:

For more than a decade, 11 Bit Studios has developed and nurtured unforgettable experiences, games that capture our imagination, demand our attention, and challenge us as players to make truly difficult choices.

With Unreal Engine as their storytelling tool, we can’t wait to see where they take us next, and we look forward to collaborating with their team for years to come.

The imagination knows no bounds, and now with the Unreal Engine our possibilities are endless, too. The brand new tech of the 5th generation is impressive, and we’re excited that we might use it to its full potential in our new games. What we're doing is Unreal!

The long-term business relationship with Epic will provide 11 bit with the freedom to select which variation of the Unreal license is the most suitable for a particular project, and offer the company the option to extend the number of projects included as part of the agreement.

More information about new projects developed in Unreal at 11 Bit Studios and external companies within the publishing division will be unveiled in 2022. In the meantime, the studio shared a glimpse at the sombre, mysterious world that they are creating in Unreal Engine in their yet-to-be-announced Project 8.

In other Epic Games related news, Antstream Arcade has become available on the Epic Games Store platform. The Arcade brings a library of over 1200 games to millions of players worldwide.  This new addition will now mark the arrival of the first Cloud Gaming platform to be added to the Store.