I love and hate RNG in video games. It's both a blessing and a curse when pulling off a perfect game. Sometimes, your RNG can downright bless you with the best of outcomes, and in others, you are basically going to be doomed to die. Why am I mentioning this? Because that's essentially the feelings I had when I was playing Chernobylite.

Chernobylite was one of those games that caught my curiosity since it got announced. The whole concept of a pseudo-horror game set in the aftermath of the Chernobyl nuclear disaster could be some interesting plot. I mean, it would be like Fallout. Not the current-era one, the one from the 90s. Rant aside, I believe that Chernobylite has a lot of elements from that series and other games that somehow manage to blend themselves. It's hard to explain without going into specifics, so we should probably cut to the next paragraph and get started on this review!

Chernobylite sees us taking the role of a physicist and former employee at the Chernobyl Power Plant known simply as Igor. The man returned to Chernobyl to discover what happened to his fiancee after she disappeared under mysterious circumstances 30 years ago. Igor enters the Chernobyl Exclusion Zone to find the truth, but his search is interrupted by a Black Stalker that kills one of the members of his team, leaving Igor no choice but to escape with the aid of his portal gun powered by the mysterious crystal known as the titular Chernobylite.

After scrambling, Igor and his only teammate Olivier shelter themselves in a warehouse near the Exclusion Zone and start planning their next course of action. This essentially amounts to finding some good teammates to prepare for another heist at the Exclusion Zone while uncovering the truth about the Chernobyl incident and Igor's fiancee's disappearance along the way. The game will, of course, throw several narrative curveballs along the way that will build tension and leave you with more questions that get answered by the endgame.

This game's presentation brings melancholy and tragedy to every turn you take. Whenever you explore the streets of the Exclusion Zone, you begin to see the dilapidated and deserted buildings; you feel as if you are running through empty streets. The soundtrack compliments this with atmospheric pieces that build on this lonely feeling. As if you're just walking through the remnants of a tragic story.

The graphical detail is also something to gawk at. Both in Performance and Quality modes, the game's visuals give you plenty of sights to behold while you bask in the dreary environments and walk inside the abandoned buildings. Once you're inside, you're faced with several small corridors and tight spaces with clear structures that make them stand out from each other. You will almost always know where you are while exploring certain areas.

But that's enough about the presentation, what about the game we're playing? Chernobylite takes a dig at the FPS genre during exploration sessions while also being a resource-management/team management game whenever you return to your base of operations. As I mentioned before, your main objective is to raid the Chernobyl power plant within the Exclusion Zone. However, this heist needs the right team to be pulled off.

This is where the teammates you will have access to come in. As you complete sidequests and help out the locals inside the Exclusion Area, some allies will join your cause. They will proceed to help you gather resources and get captured 90% of the time. This is where the game's RNG begins to rear its head. While any quests you go on are entirely up to you and your success, you’re shown a success rate percentage for any NPC team members. The lower the %, the lower the chance your teammate will come back to the base.

Unfortunately, even at 99%, there's still a chance that your teammate can get captured and fail the mission. Guess what happened to me? One of my teammates decided to just get caught in that very scenario. Ironically enough, this also happened back to back. I'm not kidding there, either. They got captured again on the very next day.

I spent a total of 43 days in my quest for the truth, and I have the feeling about 20 of those days were spent rescuing teammates from getting captured. I guess this is on me for not just leaving them to rot in the base while I did all the work, but I just don't understand how I could be so unlucky that even at a 99% success rate, my teammate would get captured. I guess it's because I sent them on Story-related objectives? I don't know.

Of course, not everything related to RNG has to be linked to a bad experience. It also can be the way you break the game in half, like how I just came across a shotgun with several upgrades at the earliest point in the game. You can imagine that I just used said shotgun as my primary weapon for a while until I got access to the railgun.

It probably doesn't help that the enemies have an incredible peripheral vision but the worst sense of self-preservation I've ever seen. The more paranormal enemies at least do more than just run at you and proceed to die (and by more, I mean they teleport behind you so slowly that you already have the barrel pointed at where they're going to come out from). However, the soldier enemies firmly believe that standing still and getting shot is a viable strategy.

I mean, they sure as heck are easy to kill, but we also shouldn't forget that you are a scientist from Chernobyl. In other words, you're a twig that dies in like 2 or 3 shots. As such, you still have to be careful with your approach because while you might be able to dispatch one or two soldiers, you won't be able to survive against eight or nine at the same time.

Thankfully this game allows you to approach combat in a myriad of ways. You can go in guns blazing with your strongest weapons, or you can choose to be more stealthy, taking enemies down from a distance and using the environment in your favor. It depends on how you like approaching combat scenarios and the freedom you're given to get to the next objective is worth pointing out.

It's also worth highlighting that this game's main focus is on the choices you make. Not just in terms of how you make your base comfortable for your companions but also in the field. Certain quests can anger your companions to the point of them wanting to desert you altogether. Some other missions might ask you whether or not you'll want to help an enemy soldier when they are in peril.

Everything you do in Chernobylite has consequences. Some of them will impact you in the short term, while some others will come back when you least expect them to either help you or bite you in the most unexpected way possible. But don't worry, not every decision is final, and there are ways to correct your mistakes. The perfect way to do so, in fact, is to die.

Death in Chernobylite has more meaning than you think. The game allows you to look at the decisions you have made so far when you die and allows you to course-correct or keep them. You still need a special resource in the form of the mysterious crystal known as the Chernobylite to be able to change those decisions.

Chernobylite is an Action RPG with shooter elements with an added spice of team management/base building. I know this sounds like an amalgamation of game genres that shouldn't work together but believe me when I say that, at the very least, the game does a fine job at keeping your wits together. The PlayStation 5 performance is at least consistent enough in Performance Mode (with a few frame drops here and there) and loading times of up to 20 seconds at most.

Are there negative sides to this game? Of course, there are. The RNG is going to be both a positive and a negative since it largely depends on the user experience itself. But some of the game might become a bit repetitive for some players. Most missions amount to going from Point A to Point B and killing some enemies along the way while scavenging for resources. There is a lot of freedom of choice, so it's a "journey over destination" type of thing, and some players won't mind this approach.

While engaging and fun, the combat can also fall flat since enemies aren't necessarily intelligent. They are threats but only because you are as frail as a leaf while they play the numbers game to murder you. It also doesn't help that some of the game's mechanics aren't adequately explained to you properly and you will often find out how they work by complete accident.

But still, I believe that Chernobylite captures the beauty of a desolate wasteland that was once a thriving city. I enjoy losing myself in the buildings and wandering around while scavenging. The music is certainly making the experience much better. It feels like I am actually exploring the Chernobyl Exclusion zone in real life. And honestly, that feeling alone makes this game worth playing. The story is beautiful with incredible twists and turns, the gameplay has some noteworthy highlights, and the overall experience is worth having. 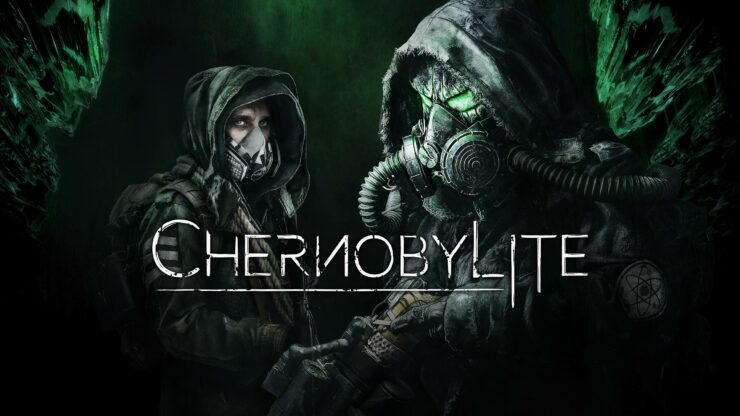 Chernobylite's graphical detail is one of the greatest aspects behind it. Additionally, the game's nail-biting story, the memorable characters, and the freedom to explore the areas of the Exclusion Zone provide a great sense of dread and loneliness that's both fun to play and make for a great Action RPG with team management mechanics.