DirectX 12, a newer version of Microsoft's constructive video game programming API, is the only one thing right now that everyone hopes will help the Xbox One console with its inability to run an ample number of released and upcoming games at full HD 1080p resolution. But while the American-based platform holder promises that DirectX 12 will give a much-needed push to the performance of its latest console, many developers think that the upcoming API will not change the Xbox One's 1080p issue. CD Projekt Red is one of those developers, and here is what they have to say on the topic. 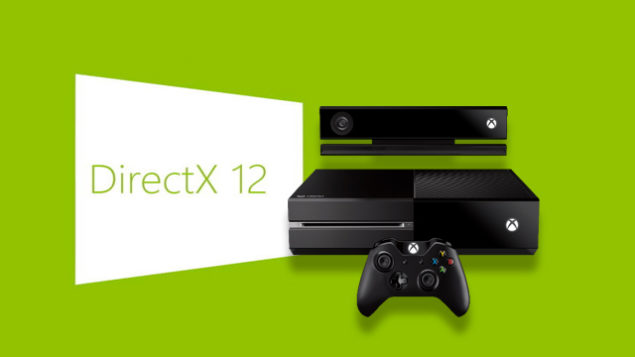 The Witcher 3 Dev Says DirectX 12 is of No Use to Xbox One for 1080p Issue, But it Might Allow Devs to Push More Triangles

Even though Microsoft's latest Xbox One video game console has clearly started to make good progress now, it is still stuck with an issue called resolution-gate. The console doesn't play many released next-gen triple A titles at full HD 1080p resolution, and this is apparently the only reason behind the console's dawdling and slow progress. Hopes are that this issue will be resolved once the console gets the upcoming API's support, but several analysts and developers claim that this won't happen.

Nowadays, GamingBolt is hanging out with CD Projekt Red, the developer of upcoming most anticipated major next-gen video game called The Witcher 3: Wild Hunt. Few days ago, CD Projekt Red talked about the game's development progress and how the Xbox One's eSRAM makes it difficult to achieve 1080p mark, and today the game's lead engine programmer named Balazs Torok shared his thoughts on how the upcoming DirectX 12 API will improve the video game development process on PC and Xbox One, and will help the latter with 1080p issue. He said:

“I think there is a lot of confusion around what and why DX12 will improve. Most games out there can’t go 1080p because the additional load on the shading units would be too much. For all these games DX12 is not going to change anything."

Torok further said that with DirectX 12, developer might be able to push more triangles to the GPU of the console, but it is unlikely that they will be able to shade them, so that won't do much good either.

“They might be able to push more triangles to the GPU but they are not going to be able to shade them, which defeats the purpose. To answer the first question, I think we will see a change in the way graphics programmers will think about their pipelines and this will result in much better systems hopefully.”

Microsoft sure has started to clear the path for the Xbox One console with the latest June SDK update that provides access to extra GPU bandwidth, and if the things keep going good, hopefully, the console will catch up on the charts too.

What is you take on the topic? Share your thoughts in the comments section below.