It is well-known to almost everyone who is in the console gaming scene now that one of the most gabbled reasons that are holding Microsoft's latest console from climbing up the ladder is the Xbox One eSRAM. While many video game developers claim that the Xbox One eSRAM is the main culprit behind the console's inability to run next-gen games at native 1080p resolution, Microsoft is of the view that this additional memory can be of the best use when used carefully in combination with other optimization techniques. 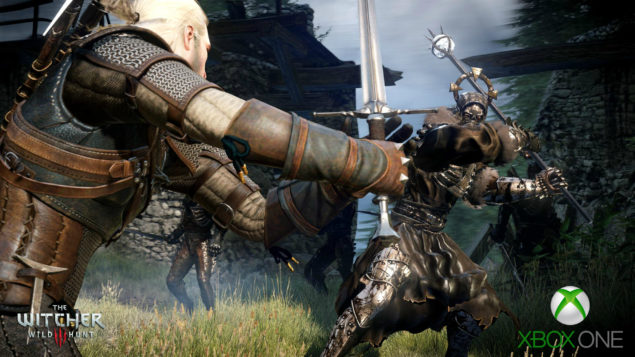 Blamed by many industry veterans as well as video game developers, Xbox One eSRAM has several times been referred as bottleneck for the console, but Microsoft has always claimed that this 32 megabytes of dedicated high-speed memory is nothing but beneficial for its latest video game console, and it falls to developers to find out its usage methods and use it in their best favor. Some developers such as Crytek have already figured out how to use this additional memory to optimize their games, while others such as CD Projekt Red are currently working on it.

CD Projekt Red, the studio responsible for hit action role-playing hack and slash video game series called The Witcher, is well-known for optimizing its games on the platforms they are released for, and it has been mentioned several times that the developer will do the same with its upcoming most anticipated title called The Witcher 3: Wild Hunt. Curious about how the developer is coping with the Xbox One eSRAM while optimizing The Witcher 3 for the console, GamingBolt spoke to Balazs Torok, Lead Engine Programmer of the game, and asked him about how the development team is trying to reach 1080p with The Witcher 3 on Microsoft's console using the eSRAM memory. He answered:

“I would say that targeting Full HD with a complex rendering pipeline is a challenge in terms of ESRAM usage. Especially when this pipeline is built on deferred rendering. We are definitely taking advantage of the ESRAM on Xbox One, and we know that we have to fit into these limits, so we are constantly optimizing the usage.”

That being said, it is clear that Xbox One eSRAM has its own limitations and it is difficult to target full HD 1080p resolution without jeopardizing the visual integrity of the game. Apparently, the only secure option is to work within the limits and reach the maximum optimization allowed by the memory. Looking at their previous record, it is much expected that CD Projeckt Red will make sure to completely optimize The Witcher 3 on each platform so that the game looks gorgeous according to the technical specifications of the platform it is running on.

The Witcher 3: Wild Hunt will be released on February 24, 2015 for Microsoft Windows, PlayStation 4 and Xbox One. Stick around for more news on The Witcher 3.