Due to its somewhat bottom-rung hardware capabilities and the company's way of presenting it, Microsoft's Xbox One has been criticized by several analysts and millions of gamers. However, now it seems like the company's perpetual struggle is bringing some effective improvements to the console. Keeping in mind Microsoft's decision to unbundle the Kinect from Xbox One, it appears that the platform holder has finally started to alter and arrange its decisions wisely. 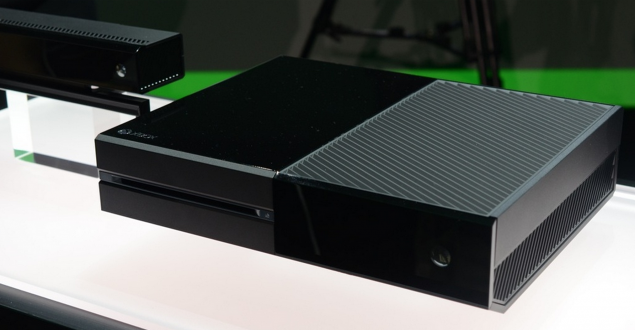 After getting yelled at by almost every single fan, Microsoft finally decided to unbundle the Kinect from the Xbox One and sell it separately as an accessory. According to several analysts, this decision will greatly affect the console's adaptability in a positive way, but on the other hand, the demand for first-party Kinect games might fall. Keeping sales analysis aside, one thing is for sure, ditching Kinect is proving to be a great decision.

Prior to the launch of Microsoft's Xbox One console, the manufacturer varnished the console by boosting its hardware in order to make it ready for the market. The performance and clock speed of both the GPU and the CPU was increased, but now after the release, it looks like the hardware capabilities of the Xbox One are still not enough to catch up with other next-gen gaming platforms. To cover that up, Microsoft just announced a  performance boost for Xbox One GPU.

According to Phil Spencer, the head of Xbox, the latest version of Xbox One software development kit coming out this month is receiving 10% GPU performance boost, offering increased Xbox One GPU bandwidth to the developers. He wrote on Twitter:

EuroGamer later contacted a Microsoft spokesperson and asked him whether ditching Kinect from the original Xbox One bundle made this Xbox One GPU performance upgrade possible. He sent the following response:

"Yes, the additional resources allow access to up to 10 per cent additional GPU performance. We're committed to giving developers new tools and flexibility to make their Xbox One games even better by giving them the option to use the GPU reserve in whatever way is best for them and their games."

When asked, does this Xbox One GPU performance boost for the developers mean fully optimized 1080p/60fps next-gen video games?, he replied:

"Xbox One games look beautiful and have rich gameplay and platform features. How developers choose to access the extra GPU performance for their games will be up to them. We have started working with a number of developers on how they can best take advantage of these changes. We will have more to share in the future."

Microsoft also offered the following statement on the Xbox One GPU performance update for dev kits in general:

“Just as we're committed to making ongoing system updates for our fans to enjoy new features of Xbox One, we're also committed to giving developers new tools and flexibility to make their Xbox One games even better. In June we're releasing a new SDK making it possible for developers to access additional GPU resources previously reserved for Kinect and system functions. The team is continually calibrating the system to determine how we can give developers more capabilities. With this SDK, we will include new options for how developers can use the system reserve as well as more flexibility in our natural user interface reserve (voice and gesture). We'll continue to work closely with developers to help them bring great games to Xbox One.”

Can this Xbox One GPU performance boost offer much needed power to the developers for making 1080p/60fps next-gen video games? Share your thoughts in the comments below.