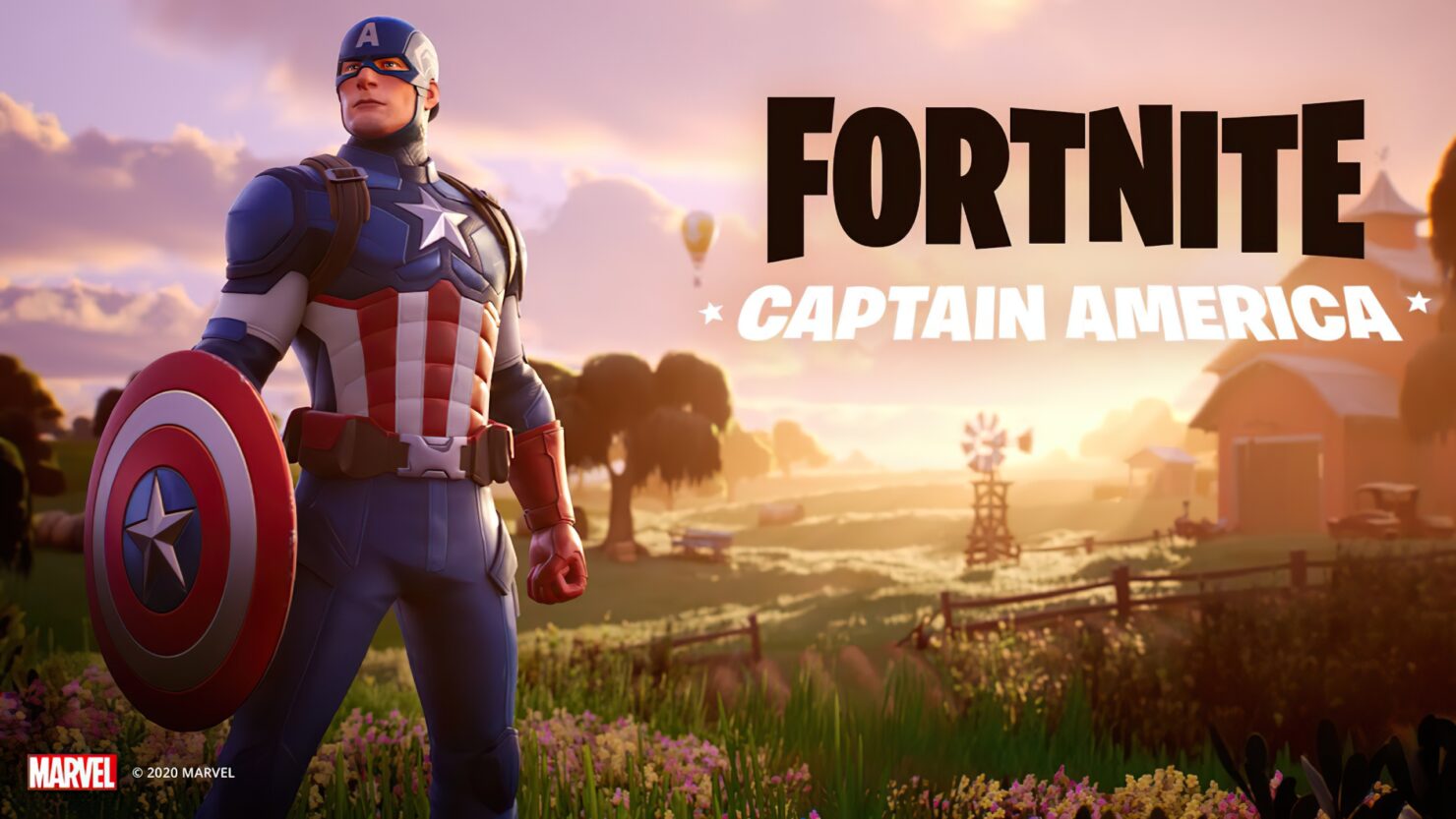 Ahead of tomorrow's July 4th national celebration for Independence Day, Captain America has landed in Fortnite, continuing the tradition of Marvel characters being prominently featured in Epic's game after Deadpool.

Debuting today in the Item Shop, Cap’s Outfit includes two items: his Proto-Adamantium Pickaxe and Back Bling. Wield the shield as your Pickaxe, or display it proudly on your back.

Additionally, you can celebrate Captain America’s arrival with the Grand Salute Emote.

In related Fortnite news, Epic recently launched the PvE 'Save the World' mode out of early access, opting to keep the business model as 'Buy to Play' instead of the previously planned switch to 'Free to Play'.

Since the launch of Save the World’s Early Access period, we've added a vast collection of unique Heroes and Schematics, an overhaul of the Front End and Hero Loadouts, a weapon recombobulation system, a climactic narrative experience, and more that has shaped Save the World into a massive-collection-RPG experience.

Today we’re bringing Save the World out of Early Access and have decided that it will remain a premium experience rather than going free-to-play. Development of new content will slow down after this official release, but the adventure doesn’t end here for Save the World.

Long term replayability is the key motivation behind our next major feature, Ventures. Ventures is a new season-long excursion that takes place in a seasonal zone with new and unique modifiers to tackle. Each Venture season brings in a path of continued progression and fresh seasonal levels to climb.

Conquering the challenges in Ventures will earn you seasonal experience which impacts the level of difficulty you encounter, weapons you find, and the seasonal rewards that you earn. Reaching higher seasonal Ventures levels unlocks Supercharger materials that can raise the level of items in your main collection -- beyond their current cap.

We’re hard at work on this new feature and will share a deeper dive as we close in on its release.