Call of Duty: Modern Warfare Multiplayer Beta Was the Largest in Franchise History 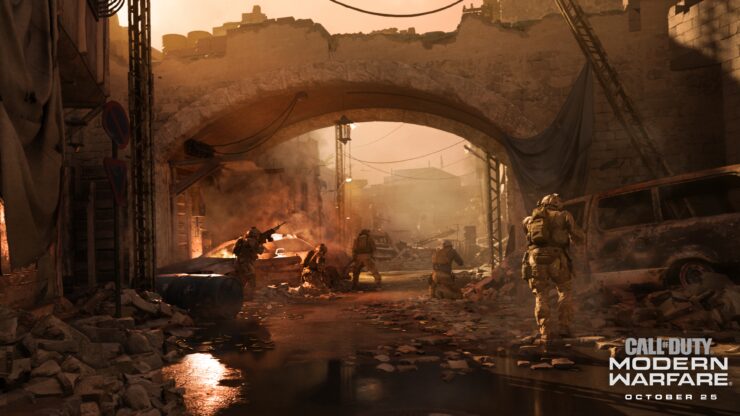 Activision issued a press release today to announce that the Call of Duty: Modern Warfare multiplayer beta ended yesterday was the largest ever in the history of the franchise. Records broken by Modern Warfare include most hours played, most users and highest peak of concurrent players.

We’re focused on delivering the best online experience possible and that includes bringing the community together with crossplay. We appreciate all of the players from around the world, who played and shared feedback. Your support is not only a driving inspiration to the entire team, but also provides us with important data and feedback which helps us improve the experience for launch.

The response from fans for Modern Warfare’s release next month has been incredible. From the beginning of development, there has been extraordinary excitement for this game. We thank Call of Duty players and the development teams led by Infinity Ward for making this a record-setting Beta. We look forward to October 25 when players everywhere will experience the full amount of depth and gameplay Modern Warfare has to offer.

Call of Duty: Modern Warfare is due to release on October 25th for PC, PlayStation 4, and Xbox One with full cross-play between all the platforms, thanks to the input device-based matchmaking. It will be however possible to opt out of crossplay.

On PC, Modern Warfare will be available through Battle.net (just like Black Ops 4). This version of the game has been developed in partnership between Infinity Ward and Beenox, and it will feature ray traced shadows and NVIDIA Adaptive Shading technologies, neither of which we were able to check during the Modern Warfare beta test, sadly.

Modern Warfare Story Will Be Cathartic Rather Than Depressing, Says Narrative Director