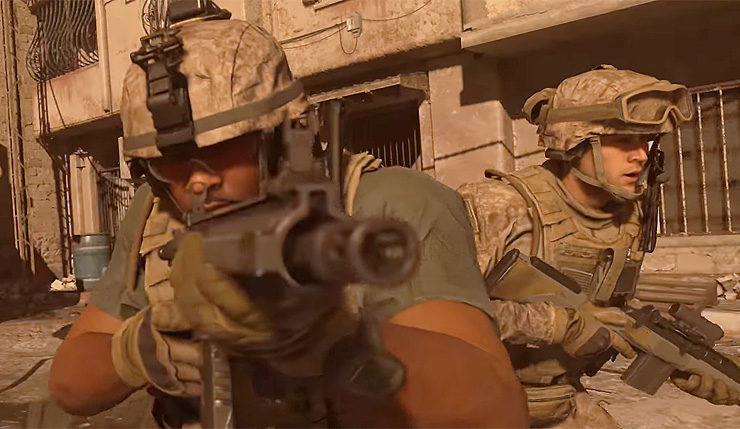 Call of Duty has provided multiplayer progression through Prestige Systems for a long time. However, Infinity Ward is doing things differently with Modern Warfare, as revealed with a lengthy blog post.

There will be Enlisted Ranks and Officer Ranks. Your Enlisted Rank will never be reset; the game's developers have instead decided to add the Seasonal Officer Ranks, which will be tied to each season of content coming post-launch to Modern Warfare.

That means the Officer Ranks will indeed be reset at the beginning of a new season, though they are permanently recorded alongside other milestones such as Officer Challenge Ribbons and Seasonal Emblems.

To reiterate how progression works in Call of Duty: Modern Warfare, you will:

· Rank up through the Enlisted Ranks (1-55) to unlock base weapons, perks, equipment, Killstreaks, and Field Upgrades.

TO UNLOCK MORE FOR YOUR BASE WEAPONS…

· Rank up your weapons individually though the weapon progression system. Gain experience for each weapon to earn attachments and base camouflage patterns, and complete camo challenges to complete camo sets.

THEN, AT THE START OF EACH SEASON OF CONTENT…

· Begin your Season of Officer Ranks, where you will receive an Officer Challenge at each rank leading up to 5-Star General (Rank 100). Completing each challenge rewards a ribbon. Earning 10 ribbons awards an Emblem, and all 100 ribbons gives you an even more badass Emblem.

AT THE END OF A SEASON…

· Officer Rank is reset, Enlisted Rank is not.

· There is scheduled to be a number of seasons packed with tons of free content, where you will also progress through Officer Ranks.

Call of Duty: Modern Warfare is out on Friday, October 25th for PC, PlayStation 4 and Xbox One. The game's launch trailer was shared just a few days ago, in case you missed it.