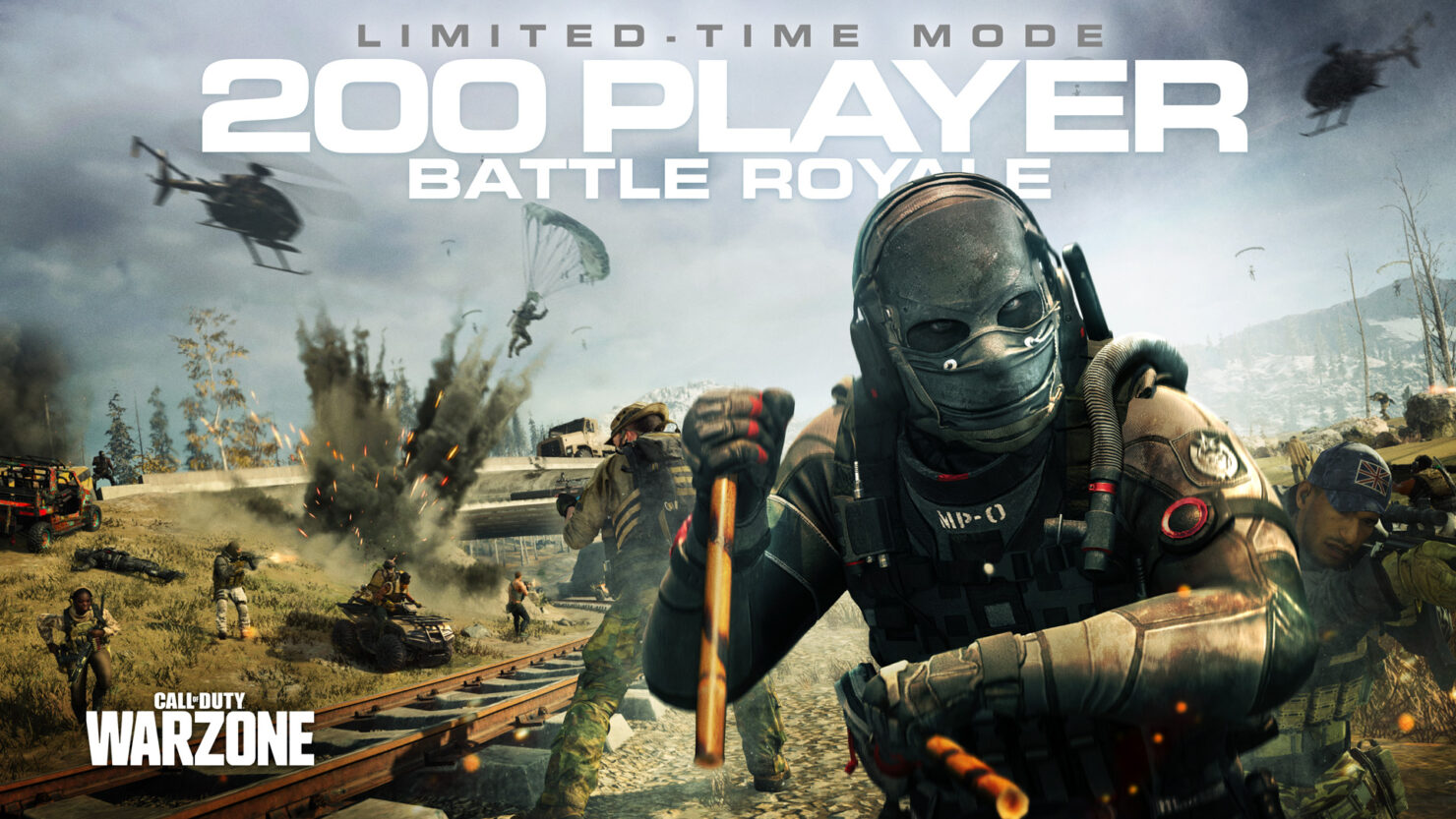 Activision's next major update for Season Four of Call of Duty Modern Warfare is set to drop within the next 12 hours and here's what you can expect to see with the latest patch.

Set to launch tonight at 11PM PDT, Call of Duty Modern Warfare's Season Four is bringing with it a new operator and weapon but a number of massive changes to Warzone. The biggest update of all is the addition of a 200-player battle royale mode *for a limited time*. This increased player cap for Warzone is currently limited to Battle Royale Quads but we'll see if Activision rolls out the higher capacity for Warzone's other playable modes. Another new mode added to Warzone is Juggernaut Royale, where players have to "[f]ind one of the airdropped care packages to become the Juggernaut and use the mini-gun to attack enemies and vehicles. Once a Juggernaut is sent to the Gulag, a new Juggernaut care package will drop on the map".

Players who are travelling and fighting their way through the Warzone can now be on the lookout for Supply Run Contracts. Upon activation, players and their squad will be directed to a nearby Buy Station. Reach it within the time limit to get a discount on Buy Station purchases.

Modern Warfare players will have a new locale to deploy to: Cheshire Park. Located in urban London, England, Cheshire Park is a picturesque garden and conservatory where Operators will battle from door to door or through the central flora-filled area​. Also included in the update is a new multiplayer mode: Team Defender. Introduced nearly a decade ago, Team Defender returns to Modern Warfare as a fast-paced objective game mode that puts a twist on the traditional Capture the Flag formula.

Warzone players will also have a new piece of gear to look forward to - the Spotter Scope. This re-usable scope allows players to scan the environment around them and mark enemies without being detected. The update also introduces a new weapon to both Modern Warfare and Warzone - the Rytec AMR Sniper Rifle.

Please note that the Season Four Reloaded update will have a download size of approximately 22-36 GB for owners of the full version of Modern Warfare. Console owners must install a secondary download of approximately 3.5GB, then reboot the game to access Multiplayer, if desired. A reminder, console players can choose also to uninstall/remove other data packs (e.g. Special Operations), if no longer needed for a smaller overall file size. For detailed information on uninstalling/removing other data packs, read this article.

Once the Season Four Reloaded update is fully completed, it should minimally increase the overall digital footprint of the full version of Modern Warfare.

Existing free-to-play Warzone players will have a download size of approximately 22GB-30GB, once finished there will be a reduction to the overall footprint on their machines. 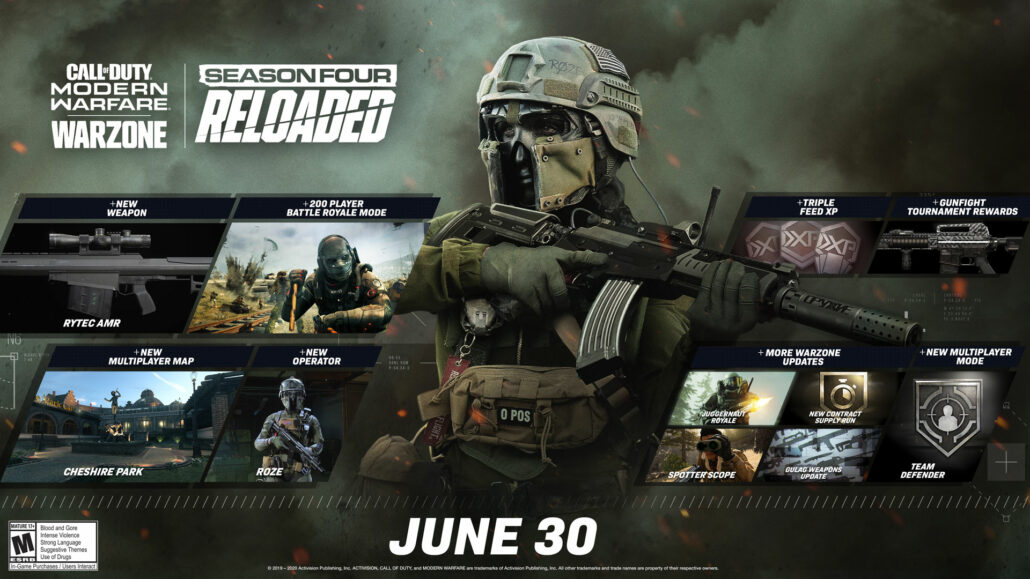