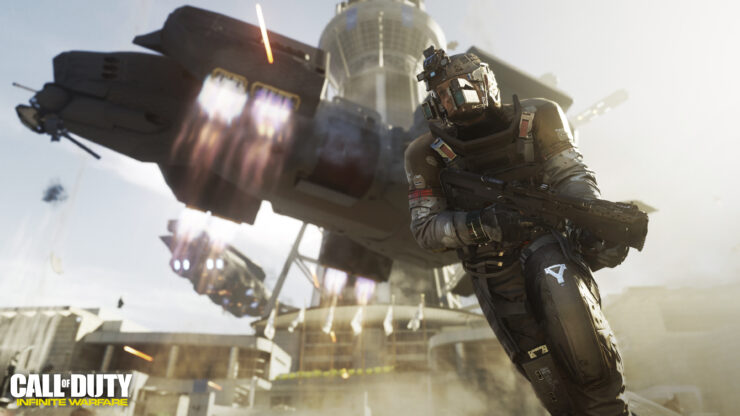 Call of Duty Infinite Warfare, the new entry of the series currently in development for consoles and PC by Infinite Ward, is coming later this year and as we get closer to its release date, Activision has been showing more of the game in recent times. Earlier today, the publisher released a brand new trailer for the game, showing more of its single player campaign.

The new Call of Duty Infinite Warfare trailer, which can be watched right below, showcases an in-game cinematic sequence which doesn't look bad at all, despite lacking any real action.

Last week, new rumors regarding some of Call of Duty Infinite Warfare features have emerged online thanks to a supposed tester, who has also revealed that zombie will feature two maps, a bigger one and a smaller map similar to The Giant which is apparently a remastered version of Kino Der Toten from the original Black Ops. The details regarding scorestreaks and zombie mode have yet to be confirmed, so take them with a grain of salt until Infinity Ward talks more about the game's features.

The Infinite Warfare zombies mode is an absolute blast. I was able to test it out and I think this game will surprise many fans of the genre. The IW zombies team has spent the last two years analyzing the pros and the cons of the last two zombies installments (Advanced Warfare and Black Ops 3). The zombies mode comes with two maps on disc and will feature a full length map for the hardcore players and a smaller map similar to “The Giant” for the more casual fans. The larger map takes place in the 1980s Soviet Union the map was snowy but I didn’t get to test the map. The smaller map that I tested is basically a remastered version of Kino Der Toten from Black Ops. It is basically a clear cut copy of Kino except a 1980s version and has a few more playable areas. Perks basically work the same.

Call of Duty Infinite Warfare launches later this year on PC and consoles.