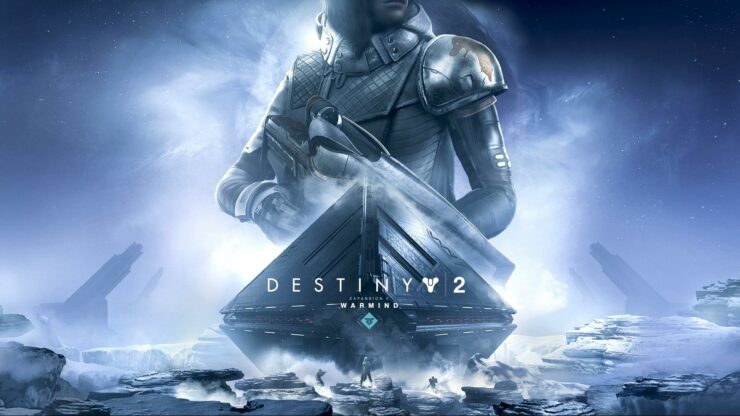 Last week, Bungie revealed the content of Destiny 2's second expansion, Warmind, due to be available on all platforms from May 8th.

Yesterday, the studio shared more information on the Seasonal Crucible Ranks that were confirmed in Warmind's announcement trailer. Bungie also added that there will be several improvements to security in order to protect the 'sanctity of the competitive experience'.

"What are Seasonal Crucible Ranks?"
Seasonal Crucible Ranks are comprised of two key mechanics: a level and rank points. As players earn points in each rank, they will level up and unlock new rewards for Shaxx to dole out in the Tower. Leveling up gives players an assortment of Crucible Tokens, Crucible Engrams, and Masterwork Cores depending on how far up they have leveled. There are six specific Crucible Ranks that players can reach, starting with the rank of "Guardian" and ending with players becoming "Legend.” Here is the full break down of what levels each Crucible Rank will feature:
"What types of Seasonal Crucible Ranks are there?"
Starting in Season 3, we're launching two Crucible Ranks: Valor and Glory.
Valor is a progression rank that goes up as you complete matches. Winning helps you move up faster and there are no loss penalties. Valor Ranks serve to showcase a player’s time commitment to playing Crucible. As players win, they will accumulate a win streak that will give players bonus points for each subsequent win. These win streaks will cap out after five wins, and then reset. Try to see how often you can hit a full five win streak! Players who complete their Valor Ranks can choose to reset them to begin their journey anew and even make progress toward some rewards that require a fixed number of resets.
Glory is a progression rank earned in the Competitive playlist that goes up as you win matches, but down as you lose. Closing out wins is how players are going to move up here. Glory Ranks serve to showcase the mastery players have in some of our most intense game modes, and show how they stack up against worthy opponents. Glory features the same win streak system from Valor but with the addition of loss streaks that work similarly. As players lose consecutive matches, they will lose more and more points. This means no game is without its stakes, so it's best to keep on your A-game.
"What do I earn for moving up the Ranks?"
Beginning in Season 3, new crucible rewards will be attached to Seasonal Crucible Ranks. This means that armor ornaments, emblems, and new weapons will require players to earn both Valor and Glory ranks to acquire them. Players receive reward packages when reaching a new level in Valor or Glory. (Note: Players receive Glory reward packages only the first time a new rank is reached in a season; if you lose a match and drop a rank, you do not receive another reward package when ranking back up.)
In addition to the suite of Season 3 rewards, we’re planning on bringing a unique weapon to Glory Ranks for players to work toward. The weapon will only be available for the duration of the season and once the season ends, it will disappear for a long, long, long time. This season we have a new weapon called Redrix's Claymore. This Pulse Rifle features a unique perk set in Outlaw as well as a new synergistic perk called "Desperado" - "Reloading while Outlaw is active increases your rate of fire." This translates to defeating enemies in the same three bursts it currently takes from a high-impact Pulse Rifle, just much faster. Make sure to land your headshot kills and you can keep Desperado and Outlaw running indefinitely.
Redrix's Claymore will be available to players once they reach the Fabled level in the Glory Rank. Ranking above Fabled will be rewarded with an ornament for Redrix's Claymore and a new emblem- and for those who push their Glory rank to Mythic and above, a special secret awaits you.
"Where can I earn these ranks?"
Trials and Iron Banner will not have any Crucible Ranks attached to them as they have their own investment rewards and are separate from the Crucible. Additionally, to maintain the integrity of Glory Ranks, players will only be able to earn Glory in the Competitive playlist.
“Why should I keep earning Glory week over week?”
Each week your Glory Rank will change depending on the number of games you played, maxing out at three games per week. Players ranked Fabled and below will earn bonus Glory Rank Points each week. For players ranked Mythic and Legend, each match completed will reduce the amount of Glory Rank decay, up to preventing the decay for the week. This means if you’re a player in Mythic or Legend you’ll need to hop into the Competitive playlist at least three times a week to maintain your status.
“Will matchmaking be based on Glory Ranks in the Competitive playlist?”
The Competitive playlist will be using our existing matchmaking system. At the start of Season 3 we are going to reset the skill bucket in Competitive to give every player an equal start as they begin their climb to Fabled and beyond. This means that as you win and lose, your skill and rank will go up or down accordingly. As always, we are never done iterating and improving our systems, and so once you’ve had time to sink your teeth into ranks we’d love to hear your feedback.