Bungie Shares Destiny 2 Roadmap for the Next Year or So 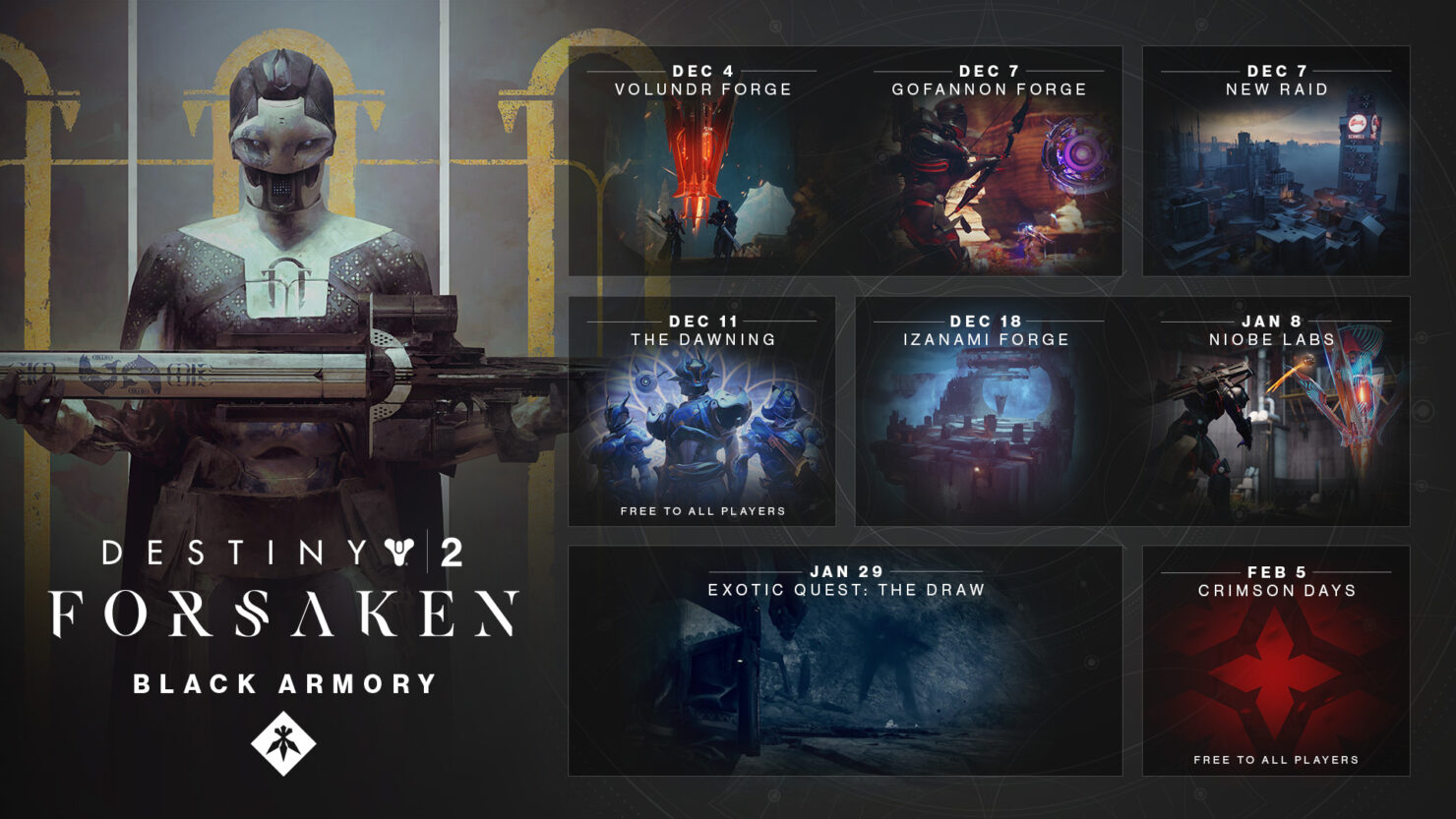 A few hours ago, Bungie shared a new roadmap for Destiny 2, detailing the upcoming updates and content releases up until August 2019.

After the launch of the Forsaken expansion, the developer has elected to adopt a seasonal approach to new content. The Season of the Forge will last between December and February, then the Season of the Drifter will get the spotlight between March and May, while a currently untitled third Season is due from June to August. You can get more details below.

Welcome to the Season of the Forge. Today, there are new ranks to earn, new pinnacle weapons to acquire in Vanguard missions, Gambit, and the Crucible. We’ve also added more Triumphs and lore for you to collect. That’s just the beginning. On December 4, there’s even more on the way for every Destiny 2 player, whether you own the Annual Pass or you’ve just joined us as a brand new Guardian. 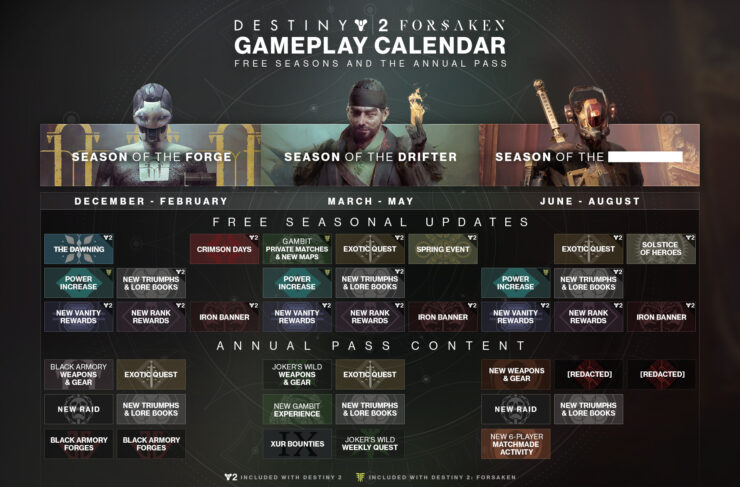 Throughout each of our three seasons and the Forsaken Annual Pass that rolls out alongside them, we intend to keep your Director filled with things to do each week. Some of those experiences will come and go (like the Dawning and Crimson Days), but others (like the Black Armory forges and raids) remain active after their initial introduction, building on the foundation of activities you can experience each week.
In the coming weeks, Annual Pass holders are in for a series of firsts. Beginning December 4, you’ll be invited to visit the Black Armory. You’ll be sent on a series of quests to rediscover, reactivate, and reclaim four lost forges—and the weapons they offer as reward. A new raid will open on December 7, and the bravest fireteams among us will make their initial runs in hopes of powerful rewards and community glory.
For all players, the Dawning will light up on December 11, and of course we’ll continue to host a conversation right here on bungie.net, providing specific dates and times for all of our major beats throughout the year.