Bring Your Likeness to Elite: Dangerous With Commander Creator

A few new and exciting things with Elite: Dangerous have been announced by David Braben, the CEO of Frontier Developments, at EGX this year. One of those happens to be the ability to create a customized pilot using their new Commander Creator. 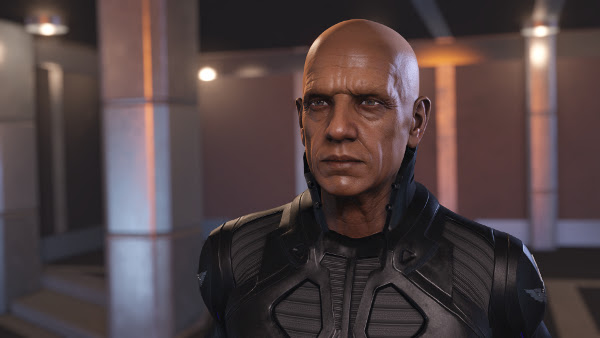 Initially your commander was an anonymous helmeted individual who had nary any individuality. The new Commander Creator will give players the ability to customize your own pilot with an impressive amount of variety. Much in the same vein as many Elder Scrolls games, there are sliders for near any facial option. Oddly, the COBRA engine is well suited to high detail faces.

When it was released, Elite: Dangerous was spectacular yet slightly limited game, still capturing the imagination of many a space simulation fan. Some of the limitations have been slightly off-putting to some, though it's still a magnificent experience. Thankfully, for those that were early adopters (guilty), Frontier is committed to bringing planetary landings and a more dynamic and persistent universe with real political maneuvering. Thus far, they're on the way to having a very complete game. Now we just need an FPS type module of sorts outside of the planetary vehicular driving.

There's no word on the release date of the Commander Creator, though we'll likely see at least some version of it coming up in the new Elite Dangerous: Horizons update coming this Holiday season 2015.