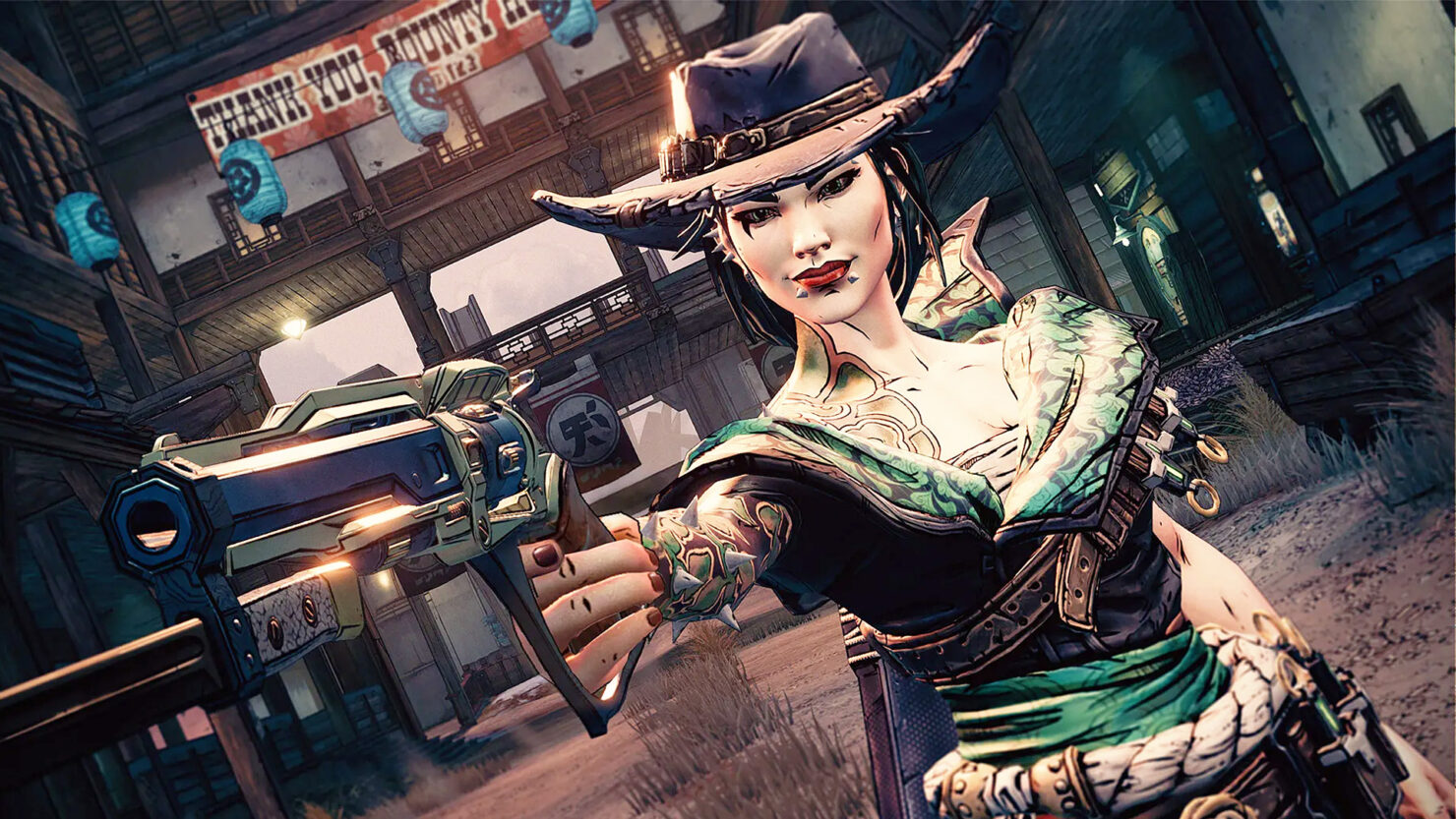 After waiting the better part of a decade, fans finally got their hands on Borderlands 3 last year, and the response was…polite. It was more Borderlands, which was all most people really wanted, but most weren't particularly blown away. That’s certainly how I felt (catch up on my 7.5 out of 10 review here). The game ended up with a 78 on Metacritic, so my opinion wasn’t an outlier.

Of course, Borderlands games have always offered a healthy array of post-launch content and Borderlands 3 carries on that tradition with a $50 Season Pass. The fourth and final DLC campaign, “Psycho Krieg and the Fantastic Fustercluck,” launched this past Thursday, so it’s the perfect time to look back at the Borderlands 3 Season Pass as a whole. Is this DLC Legendary or not worth a spot in your inventory?

Note: This is an opinion piece, and thus not as detailed a full, scored review would be. Since we didn’t review each Season Pass campaign as they came out, I felt more of a general overview would be more fitting. 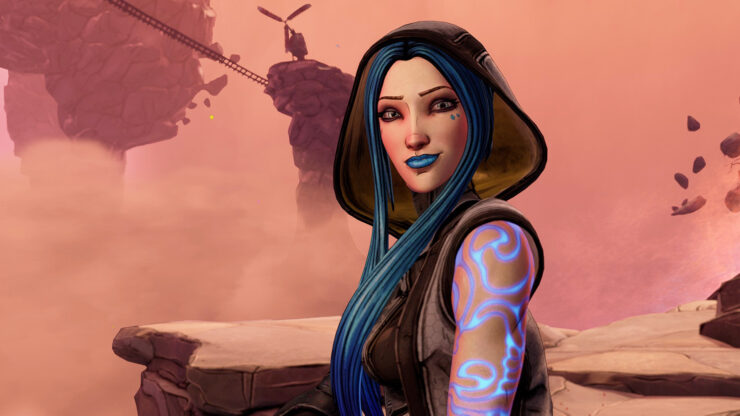 As I laid out in my Borderlands 3 review, the action is as good, if not better, than it’s ever been, but the game feels rather disjointed in terms of level design and storytelling. While good ol’ Pandora still allows for some open-world exploration, the other planets you visit are mostly a series of long, rather linear dungeons. You run down an empty narrow corridor until you come to a more open area, kill the enemies there, collect your ammo and loot, then head down the next narrow corridor. Rinse and repeat until you get to the boss. In terms of writing, it’s a very “And then…” type of story. Some things happen, and then other things happen, without much of an overarching plot to speak of. Borderlands 3 feels very episodic, like DVD box set or Netflix series, rather than a cohesive movie. Unfortunately, the Borderlands 3 Season Pass only intensifies this feeling. 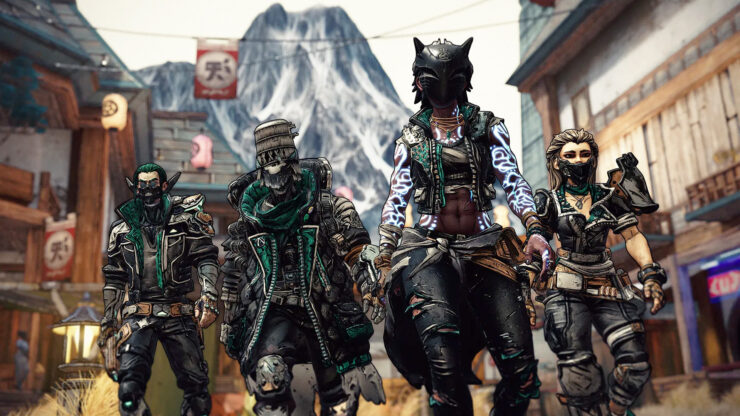 Make no mistake, Gearbox has cooked up some clever scenarios for the Season Pass. “Moxxi's Heist of the Handsome Jackpot” leads players on a tour of the deceased villain’s abandoned casino, “Guns, Love, and Tentacles” invites you to Sir Hammerlock and Wainwright Jakobs’ wedding, which happens to take place on planet overrun Lovecraftian horrors, “Bounty of Blood” mashes Western and samurai tropes into a tasty grindhouse stew, and “Psycho Krieg and the Fantastic Fustercluck” takes you inside the mind of a Psycho.

Gearbox has gone all out on each of these DLC campaigns, serving up an array of unique and imaginative locations, ranging from the neon hell of the Handsome Jackpot casino, to the eerie cultist-infested Cursehaven, to the depraved, twisted flesh-and-bone worlds inside of Krieg’s head. In terms of story, “Tentacles” is probably the best campaign of the bunch, as it features some genuinely creepy atmosphere and some nice character moments for fan-favorites like Sir Hammerlock and Gaige. “Krieg” is the runner up, as it ventures into some trippy territory and actually manages to reveal some new facets of what’s traditionally been a rather one-note character. By comparison, “Handsome Jackpot” feels a bit empty without the man himself, and “Bounty of Blood” doesn’t really rise above its clichés. 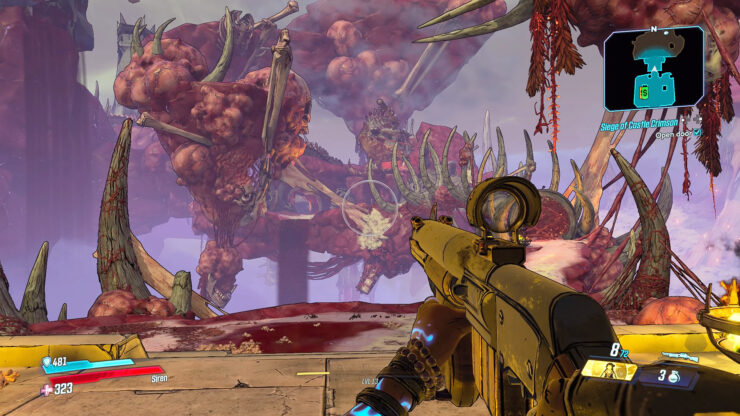 So yes, Borderlands 3’s Season Pass content is inconsistent, but it has moments that are better than anything in the core game. Unfortunately, none of the Season Pass campaigns are really unique or exceptional enough to raise Borderlands 3 to another level. Each campaign takes you to a new planet or location, and as in the original game, level design tends to be linear to a fault. There is a somewhat larger open area to explore in Bounty of Blood, but otherwise, you’re once again being shuttled down enemy-filled corridors. The window dressing changes, but the missions remain the same. As with the core Borderlands 3 experience, I finished each Season Pass campaign in around four of five hours, and was content to put the controller down. I wasn’t drawn to explore, round up sidequests, and search for ever-better-loot like I was with Borderlands 2. 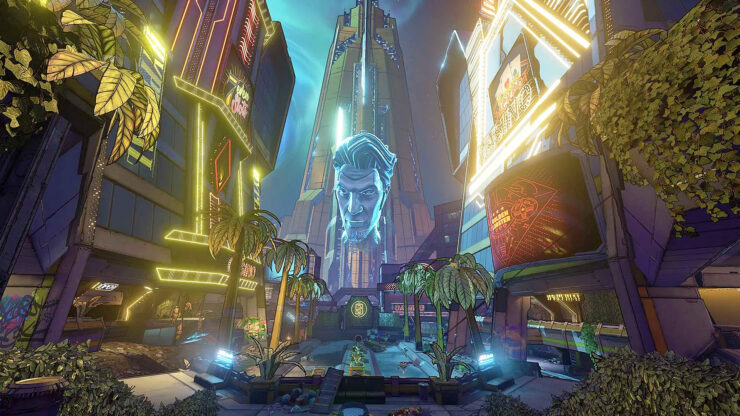 Borderlands 3 feels like a solid pitch for a TV series or expanded universe, but as a game, it never comes together as a cohesive whole, and the Season Pass doesn’t change that. If you loved the core Borderlands 3 experience, or find the Super Deluxe Edition (which includes the Season Pass) for cheap, then by all means, go for it. That said, if Borderlands 3 left you a bit lukewarm, the Season Pass isn’t going to be the napalm that reignites your passion.

Gearbox has announced there will be another paid Borderlands 3 DLC, although this one will focus on new modes and expanding the skill trees of the game's four Vault Hunter classes.