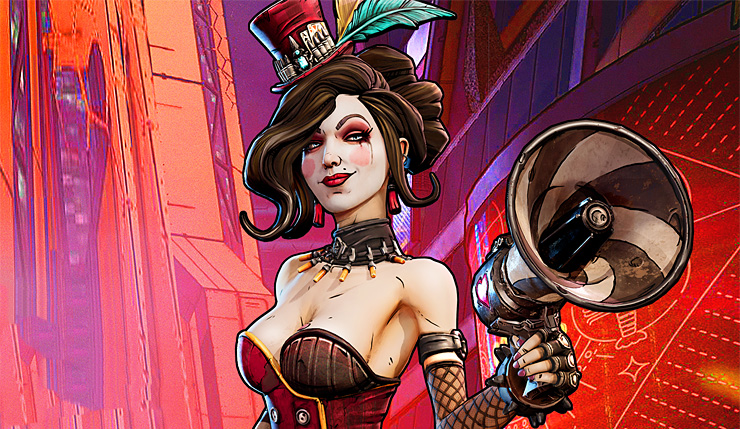 Borderlands 3 drops its first chunk of story DLC next month, and yes, a very familiar villain is returning. Well, sort of. Moxxi's Heist of The Handsome Jackpot takes place on an abandoned casino built by the Handsome one himself, so while he (probably) hasn’t returned from the dead, you will be getting your fill of his image and voice. You can check out a quick The Handsome Jackpot trailer, below.

Here’s a few more details about The Handsome Jackpot, which is tuned for characters who are at least level 13 (difficulty will scale up if you’re a higher level):

Moxxi’s recruiting you to seize control of a derelict space station built by the infamous Handsome Jack back when he was still President of the Hyperion corporation. The Handsome Jackpot is quite possibly the gaudiest gambling spot in the galaxy, with neon signs, slot machines, and gold statues all over the place. It’s also crawling with multiple models of deadly Hyperion Loader Bots, as well as lunatic looters who’ve been trapped on board ever since Jack’s death. But that’s not all:

Poor Gearbox is really regretting killing off Handsome Jack, aren’t they? Still, looks like a pretty solid update! The Handsome Jackpot is part of Borderlands 3’s $50 season pass, which will eventually deliver four campaign add-ons. But hey, even cheapskates get some new content – Gearbox dropped a free update today, which includes a couple new challenges:

The update also includes these new features and general improvements:

Borderlands 3 is available now on PC, Xbox One, and PS4. The game will be free to play on Xbox One and PS4 this weekend (November 21 to 24). Oh, if you’ve got a few minutes to spare, do check out Wccftech’s extensive post-launch Borderlands 3 interview.