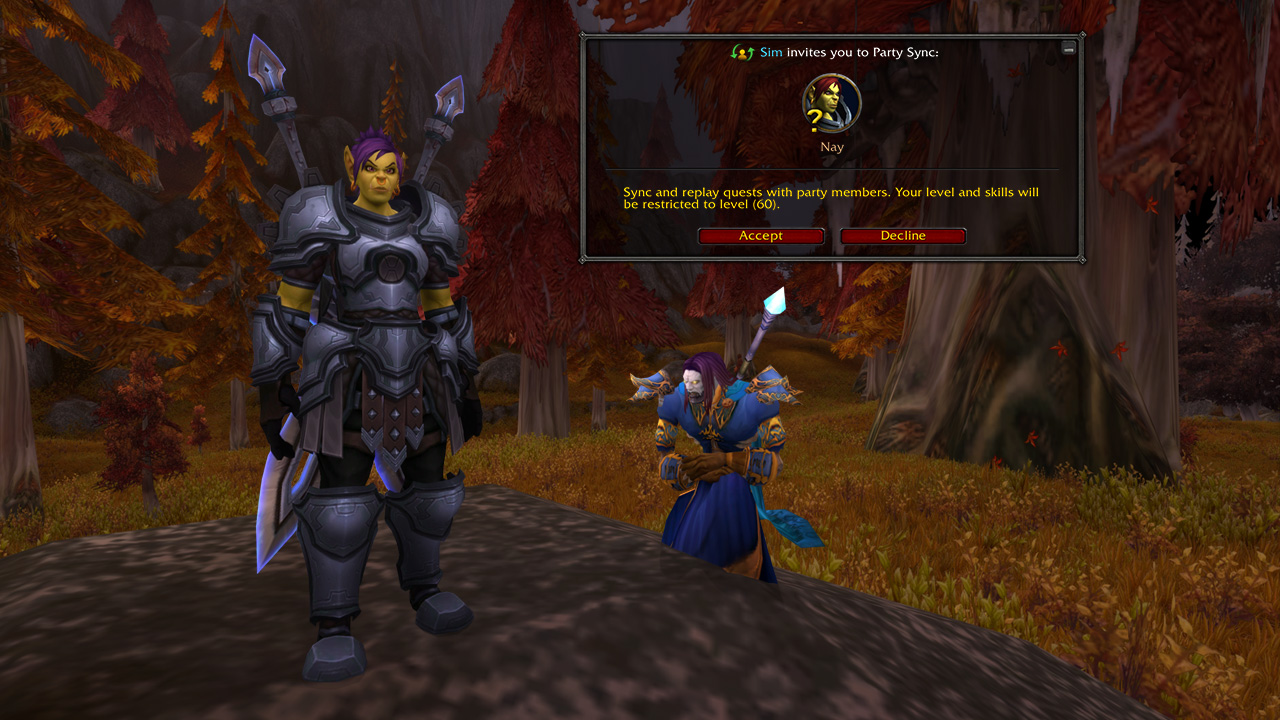 Blizzard has provided additional details about the upcoming party sync feature in World of Warcraft Battle for Azeroth Patch 8.2.5.

Back in June of this year, we already mentioned the new party sync feature that would become available on World of Warcraft’s Public Test Realm and Blizzard has now posted a preview about the feature. Party Sync allows players to temporally sync levels in order to allow higher-level players to quest and experience outdoor content with lower-level friends as they level up.

“When players activate Party Sync, everyone in the party becomes aligned to the same quest state and phase”, Blizzard explains. “By mousing over a quest in your tracker, you can see who’s on a given quest, what their progress is, and who’s ready to turn it in. You’ll also have access to a “replay quest” feature that allows players who have already completed certain quests to replay them with friends who haven’t for rewards that are appropriate to their current actual level, regardless of the original level of the quest. Quests can be replayed for rewards once a day.”

“While most quests can be replayed, there are some exceptions. Repeatable quests, such as dailies and World Quests, can’t be replayed. We’ve also excluded some quests with story implications from being replayed. These are determined on a case-by-case basis, and may include quests like the Demon Hunter starting zone quests, or quests where you might choose to betray the Warchief (how could you!).”

For instructions on how to set up the party sync feature, please read Blizzard’s official blog post here.

Battle for Azeroth patch 8.2.5 is live now on the PTR and will be released on the game’s live servers in the next few weeks.