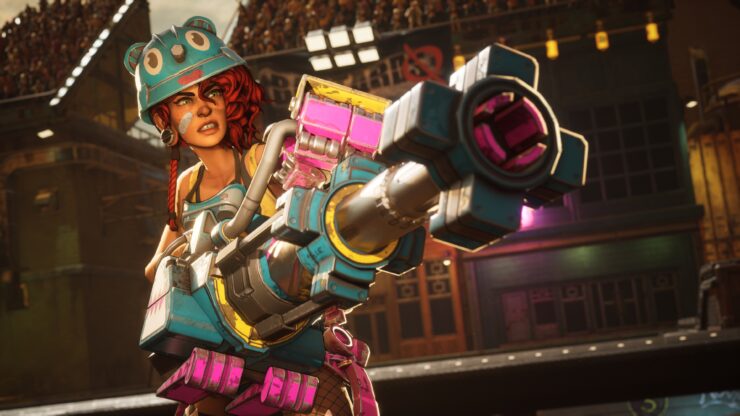 Ninja Theory announced their new game, Bleeding Edge, at Microsoft's E3 2019 briefing. This isn't the new title by the development team behind Hellblade: Senua's Sacrifice, mind you, as that one is led by Ninja Theory founder Tameem Antoniades. Bleeding Edge has been developed by a second, smaller team inside the Cambridge-based studio, and it will be the first multiplayer-only they've ever produced.

However, speaking with Metro GameCentral at the show, Bleeding Edge director Rahni Tucker (who previously worked on 2013's DmC: Devil May Cry) said that while the game at launch is going to be multiplayer-only and the small team at Ninja Theory is currently focused on that, some really great single-player campaigns could be made in the future.

To be honest though I think we could do some really great single-player campaigns with the game. But it’s such a small team and the multiplayer is at the core of the game. It’s the most important thing and you can’t do it second. It has to be first. [laughs] For me the multiplayer is the game. We have the potential to do single-player stuff in the future, like maybe, there’s plenty of interesting stories to tell with the characters but we’ll just have to see.

Francesco had the chance to briefly try the game after the briefing and he enjoyed the E3 2019 demo.

At the end of my short hands-on session, I was definitely impressed with Bleeding Edge. While the game’s concept isn’t exactly new, as it reminded me of Platinum Games’ Anarchy Reigns, Bleeding Edge has a lot of potential and it could become the next big multiplayer sensation if supported well.

The first Technical Alpha test for Bleeding Edge will begin on Thursday, June 27th for PC. You can still sign up over the official website of the game.