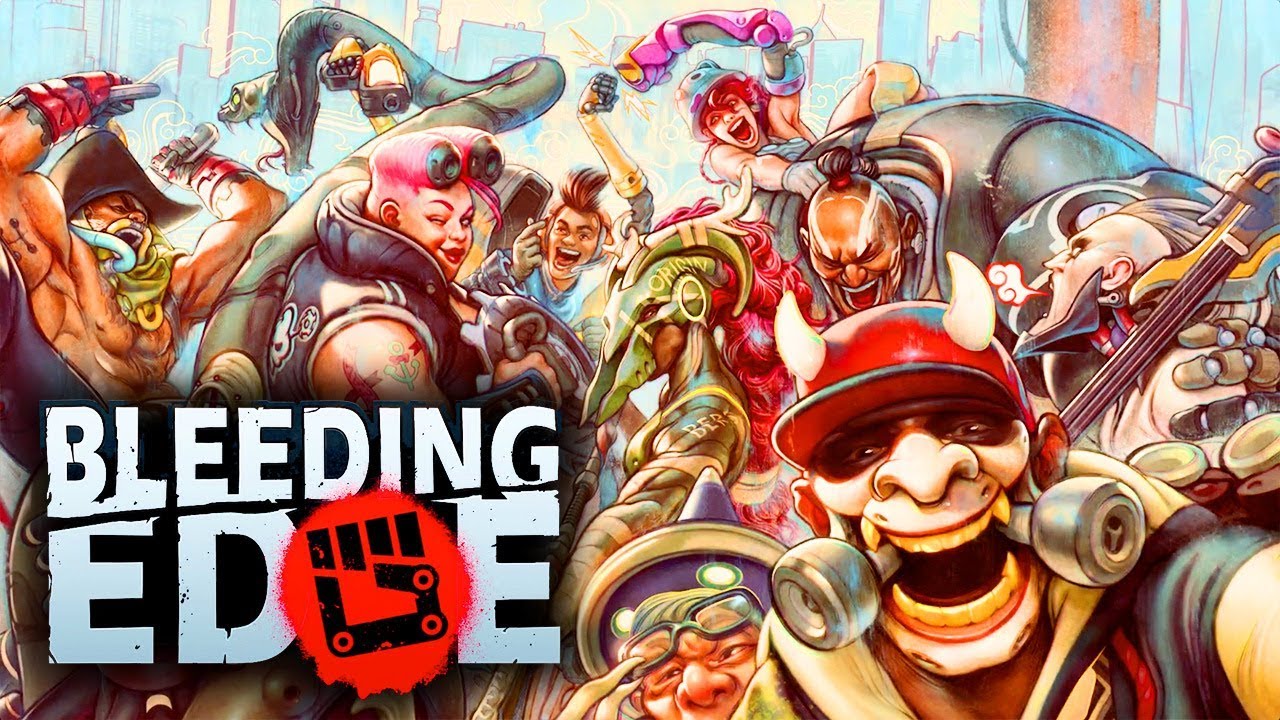 Ninja Theory has developed a lot of diverse titles like Hellblade: Senua's Sacrifice, but most of the best titles from the team are action games, like Dmc: Devil May Cry and Heavenly Sword. The team is now looking to bring action games to the next step with Bleeding Edge, a competitive character action game which has the potential to be extremely good.

The new game from the British team has been revealed officially during the Xbox E3 2019 press conference, and I managed to try it out during the showcase held right after the press conference. The concept sounds good on paper, but how does it hold up in practice? Quite well, in truth, despite the game obviously requiring more work.

Bleeding Edge is a competitive multiplayer game where two teams made up of four players compete to win. The game features a vast character roster divided into three different big types: Assassin, Support, and Heavy. All three character types feature some extremely varied characters specializing in different areas, such as melee attacks, ranged and so on. Creating a well-balanced team will be extremely important, as offensive teams will have a hard time staying alive and win matches.

The game already features a robust tutorial which teaches the basics to players. All characters have a basic combo, three special skills and a powerful special attack which requires a gauge to be filled to become usable during a match. All abilities, as well as the evade maneuver, come with varying cooldown timers, so nothing outside of regular combos can be abused. At the current stage of development, combo possibilities are a bit limited, but given the short time I was given, I wasn't able to experiment as much as I would have liked. There are some interesting mobility mechanics as well. All characters can summon a hoverboard at any time to move more quickly, and they can also take advantage of stage hazards like trains to traverse long distances quickly.

Following the tutorial, I was thrown into a match which required the two teams to capture specific points on the map and defend them once conquered to continue gaining points. Things started slowly, but everything became more hectic quickly, with special attacks flying all over. While it may difficult to following things, the fact that it's possible to lock-on onto enemies makes it easier to keep control of the situation. A good amount of teamwork is also required to win a match, as assaulting enemies alone without any support leads to a quick death, as I learned to my sorrow. After an intense 5 minutes or so, my team emerged victorious, with my character having amassed the highest number of kills.

At the end of my short hands-on session, I was definitely impressed with Bleeding Edge. While the game's concept isn't exactly new, as it reminded me of Platinum Games' Anarchy Reigns, Bleeding Edge has a lot of potential, and it could become the next big multiplayer sensation if supported well.

Bleeding Edge is currently in development for PC and Xbox One. A technical alpha is being held from June 27th.