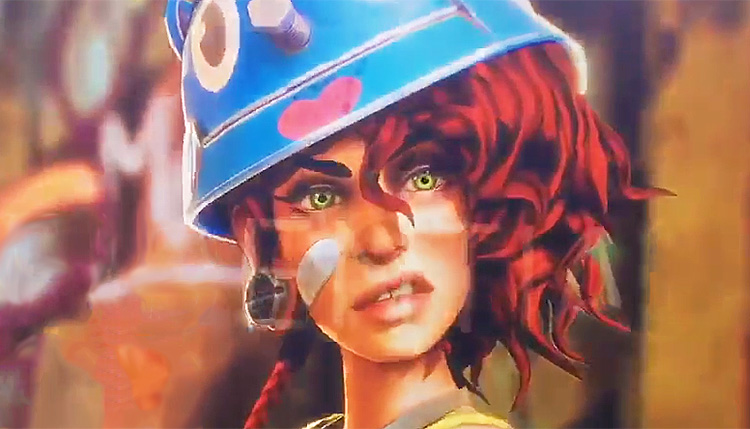 Yet another big E3 2019 reveal has been let out of the bag early! The next project from Ninja Theory (Hellbade: Senua’s Sacrifice, Enslaved: Odyssey to the West) has been confirmed to be a new stylized multiplayer game in the vein of Overwatch, entitled Bleeding Edge. The new title was revealed via a leaked trailer, which you can check out, below.

There’s a good chance that YouTube link will get pulled down, but if it does, you can still check out the Bleeding Edge trailer at this permanent link.

The Bleeding Edge trailer is brief, but it’s fairly informative. We see two teams of four battling it out in an arena with no guns in sight, as it would appear this is an all-melee game. Visually and tone-wise, the game seems to be aiming with the Overwatch/Apex Legends crowd, with colorful, exaggerated visuals, and unique characters with names like Daemon, Buttercup, Nidhogger, Gizmo, and El Bastardo.

Bleeding Edge could be seen as a bit of a departure for Ninja Theory, as their previous game was the super-serious single-player adventure Hellblade: Senua’s Sacrifice, but the studio also made the cheeky DmC: Devil May Cry. In fact, this game is being designed by DmC combat director Rahni Tucker. Also, according to Niko Partners analyst and insider Daniel Ahmad the game began development well before the Hellblade was even released…

As far as I'm aware, the concept for this game started back in 2014. So before the Microsoft acquisition, but I imagine it's gone through many changes.

This was going to be announced on stage by Dominic Matthews and Rahni Tucker at the E3 conference. Shame it leaked.

Ninja Theory were purchased by Microsoft last year, so it’s likely we’ll hear more about Bleeding Edge at the big Xbox pre-E3 press conference on Sunday. According to the leaked trailer, a technical alpha will kick off on June 27. What do you think? Does the project look promising? Or is the market for this kind of game oversaturated?