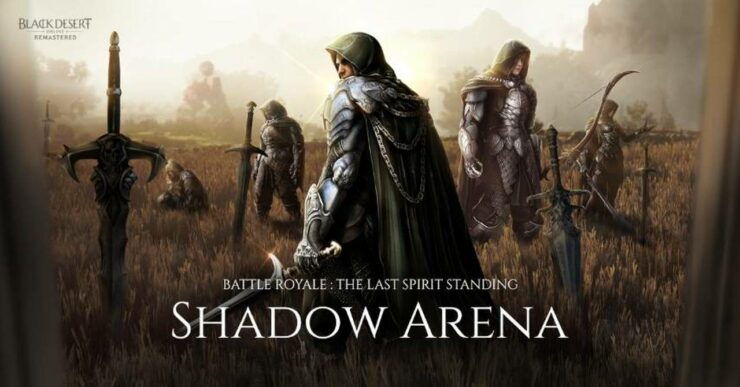 Any player who owns Black Desert Online or has access to the seven-day trial can participate in the tests. For the time being, Shadow Arena will have limited capacity and be only available at certain times during the day.

Black Desert is coming soon to the Xbox One, though no announcement was made yet regarding the addition of the Shadow Arena mode on the console.

About the Shadow Arena
Shadow Arena is a new mode that pits up to 50 players against each other in a struggle for survival. Gather supplies and outwit your opponents to become the last person standing. Players will start the match as a ‘Black Spirit’, a small flying specter that can then possess the bodies of one of the playable classes in Black Desert Online.

By roaming the arena after finding their preferred class, players can gather skills, weapons, armor, accessories and special items such as flares, potions, traps and more. It will be essential for victory that players strategically acquire their skills and items to deal with the opposition.

So, what kind of rewards can you obtain from the Shadow Arena: Battle Royale?

You can exchange the gear you obtained through the match with Silver, or you can obtain special Black Rocks depending on your survival standings within the match.

Rewards will be sent to your in-game mail.