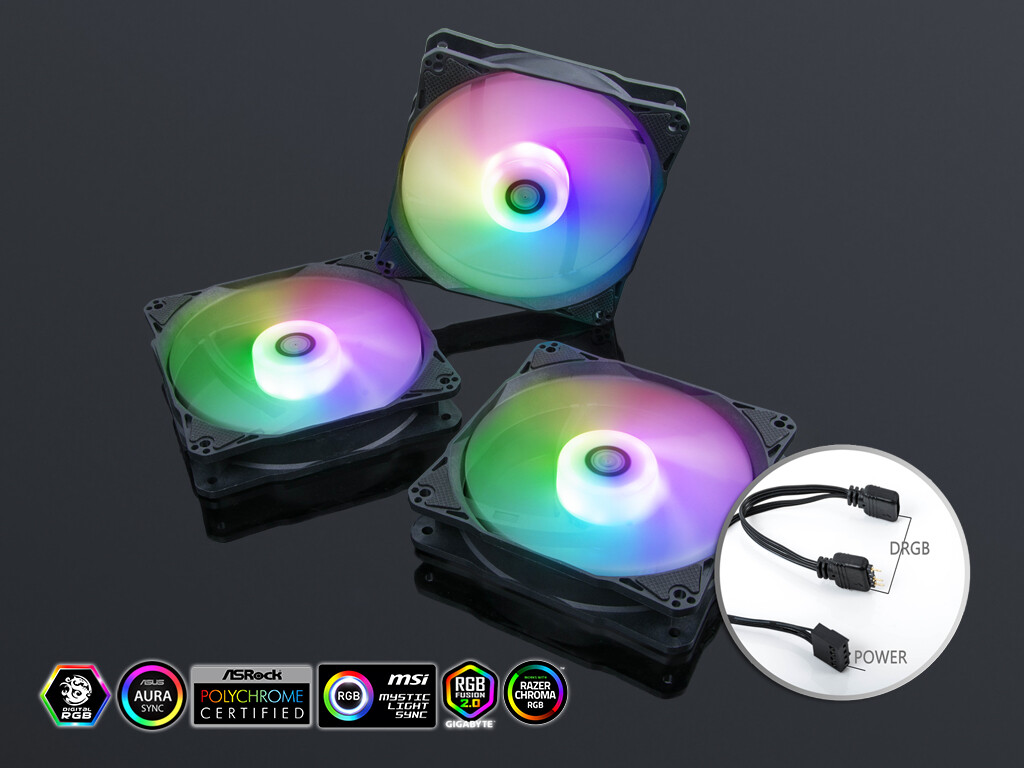 Bitspower has announced the Touchaqua Notos 120 fans, and these fans are available in either a single-piece, a three-pack, or a five-pack. These fans are optimized for ventilating radiators for water cooling, and the 120 mm fans spin between 800 RPM to 1,800 RPM with a noise output ranging from 25 dBA to 28 dBA. Per the Micro Center page for these fans, these fans offer an airflow of 59 CFM and have a fan depth of 0.98 inches.

Bitspower did state that these fans are rated for a 30,000-hour operational lifetime. The frames of these fans feature rubberized vibration dampeners, with LED lights being located in the hub of the fan. The fans make use of a 4-pin PWM cord for their prime function and a 3-pin ARGB cable for the lighting. The single fan pack includes just the Touchaqua Notos 120 fan, while the three-pack and five-pack include not only the fans but also a fan controller as well as LED lighting hubs.

The BPTA-DRGBMFC lighting controller that is included with the larger packs takes a single three-pin ARGB and SATA power connection. This lighting controller has eight available three-pin headers, and this controller also features SMD buttons that allow you to cycle the lighting through presets for the lighting of the fans. The BPTA-PFANMFH fan controller, which is also included in the larger pack of these fans, splits a single PWM signal among ten downstream four-pin PWM headers. This fan controller gets its power through the included SATA power connection.

These fans have appeared at Microcenter, at Microcenter the single pack is currently priced at $9.99 while the three-pack is presently priced at $37.99. While the largest pack, the five pack of these fans is priced at $69.99. With these lower prices for ARGB capable fans, with the fantastic feature of being able to daisy chain saving the PC builder headache when routing cables through the case. These fans eliminate the trouble associated with routing numerous PC case fan cables from your radiator to the proper connection point on the motherboard.