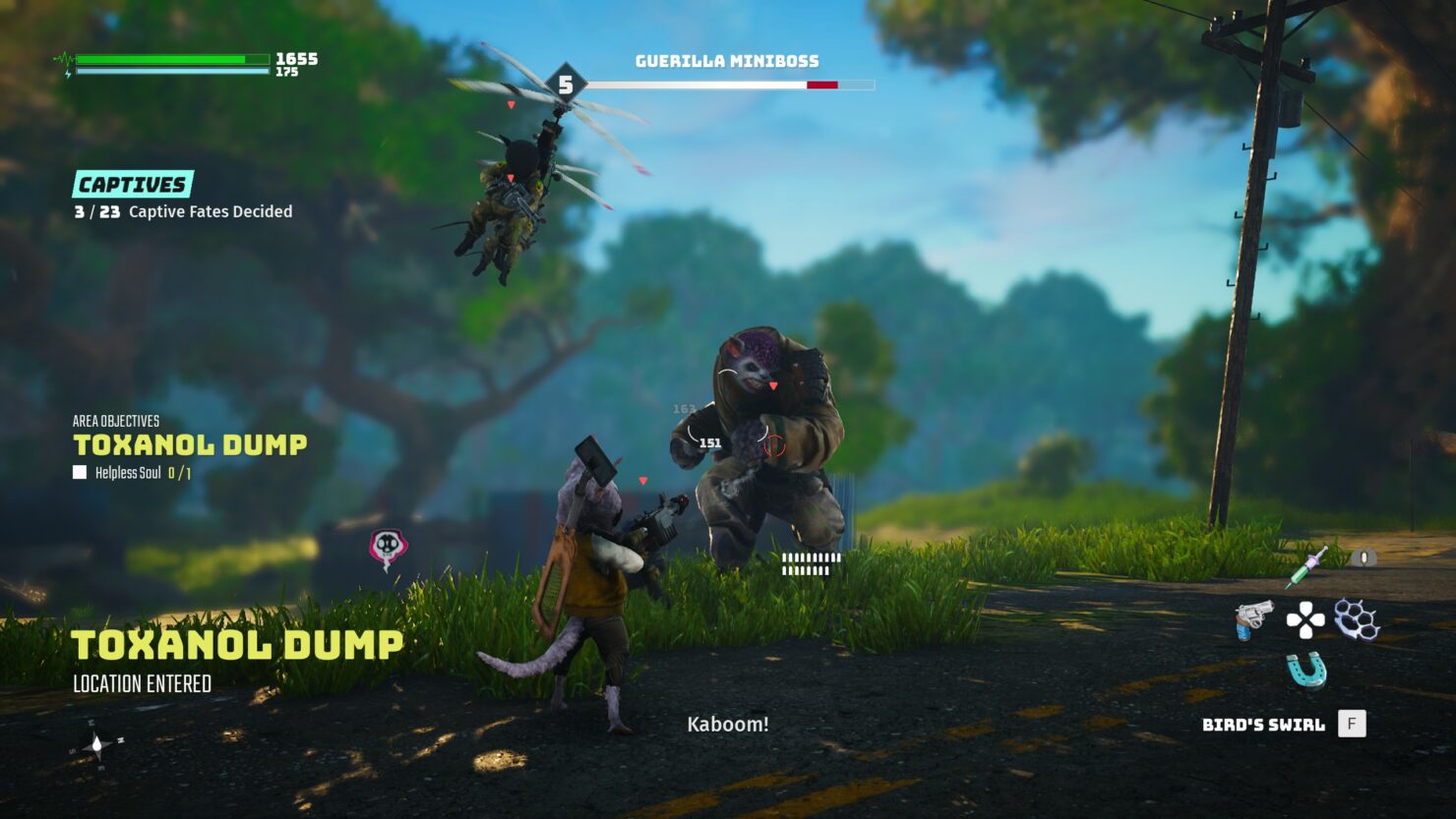 A new Biomutant comparison video has been shared online, highlighting the visual differences between the PC and current-gen versions of the game.

The video, which has been put together by ElAnalistaDeBits, highlights how the PC version of the game is obviously the winner, with higher texture quality, shadows, anisotropic filtering, and drawing distance. Consoles are running the game in backward compatibility mode, however, so there is room for plenty of improvements, especially on PlayStation 5, as the game only runs at 1080p on Sony's current-generation console.

- PS5 offers a resolution of 1080p. Xbox Series X runs at 2160p, while Series S offers two options: 1440p/30fps or 1080p/60fps. However, the Series S version appears to use temporal reconstruction to achieve those resolutions.
- In all versions we can lock the framerate at 30FPS. Series S undergoes a resolution improvement and other aspects in this mode.
- Biomutant quality of textures are worse in Series S generally. Much better on PC in the widest spaces.
- Better exterior shadows on PC, somewhat worse on Series X followed by PS5. Indoors they are the same in all 4 versions.
- Series S outdoor shadows are slightly better in 30FPS mode, but lower compared to other versions.
- Faster loading times on Xbox Series. The usual in backward compatible games.
- Anisotropic filtering has a clear advantage in the PC version. Series S improves this setting in 30FPS mode.
- The drawing distance is considerably better on PC (especially in shadows).
- There are some framerate problems (more noticeable in S Series).
- Without a doubt, this game needs some optimization in the console versions.

Visuals are definitely among the best features in Biomutant. As I highlighted in my review, the game has some flaws that prevent it from being a must-buy, but some will surely end up loving the game's charming atmosphere.

Biomutant is a competent open-world role-playing game featuring a charming atmosphere and some solid RPG mechanics. Sadly, it fails to stand out due to its by-the-books open-world formula and the sluggish combat system. While the game does work for the most part and there are some interesting ideas here and there, there isn't a lot that Biomutant does better than most open-world games out there, resulting in an experience that is somewhat forgettable.