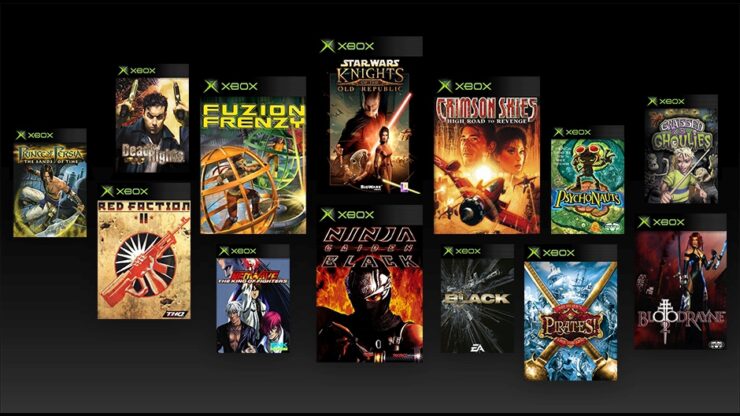 In exactly one week, another episode of Inside Xbox will be aired, and some news regarding the Original Xbox Backward Compatibility will also be shared.

In a new Xbox Wire post, it's been confirmed that the next episode of Inside Xbox will reveal a big update on the Original Xbox Backward Compatibility right at the beginning. Nothing more has been said about the matter, but a breakdown of the next that will be revealed during the new episode will be shared on April 9th.

Inside Xbox to Reveal Microsoft’s E3 Plans, New Sea of Thieves Info, and More Next Week

We are pleased to announce that the next episode of Inside Xbox will air Tuesday, April 10 at 3:30 p.m. PDT / 6:30 p.m EDT, and while we can’t reveal all our goodies just yet, we hope the video above will whet your Xbox appetite.

One of our most common requests is for Original Xbox Backward Compatibility news, and we’ll be starting off the show with a big update on just that.

Stay tuned next Monday for a full breakdown of the news and content you can expect on Inside Xbox. Mostly full that is, as we reserve the right to keep a moment or two fully under wraps for a proper surprise.

The Original Xbox Backward Compatibility allows Xbox One users to enjoy titles released on the Original Xbox, with some enhancements that make playing them on the latest Microsoft console better than ever.