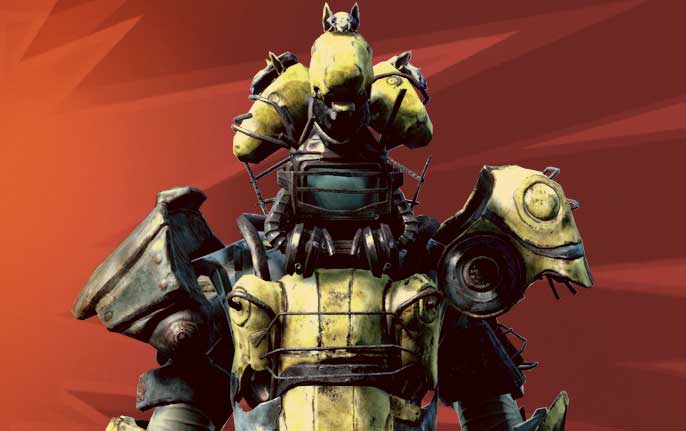 The Creation Club for Fallout 4 beta went live last week, and offers players new items, abilities, and gameplay created by Bethesda and outside development partners. Instead of labeling Creation Club content as paid mods, Bethesda has described the content as “mini-DLCs”. Down below you’ll find a paragraph from Bethesda’s Creation Club FAQ:

No. Mods will remain a free and open system where anyone can create and share what they’d like. Also, we won’t allow any existing mods to be retrofitted into Creation Club, it must all be original content. Most of the Creation Club content is created internally, some with external partners who have worked on our games, and some by external Creators. All the content is approved, curated, and taken through the full internal dev cycle; including localization, polishing, and testing. This also guarantees that all content works together.

We’ve looked at many ways to do “paid mods”, and the problems outweigh the benefits. We’ve encountered many of those issues before. But, there’s a constant demand from our fans to add more official high quality content to our games, and while we are able to create a lot of it, we think many in our community have the talent to work directly with us and create some amazing new things.

It appears that this description has caused some uproar in the Fallout 4 community as all Fallout 4 DLC should be included in the game’s season pass – which clearly isn’t the case with Creation Club content.

On Twitter, Hines got into an argument with various people regarding charging for the content, and stated that Creation Club Content is more like “mini-DLC”, but not DLC. “I said they were more like mini dlcs”, Hines said. “They're not DLC and not included as part of season pass.”

He added that while similar to DLC, the created content is separate from DLC. According to Bethesda’s VP of marketing, the team is trying out something new since charging for any mod that a modder created didn’t work. “They're paid mods when any modder can charge for a mod they've made. We tried that before. Didn't work. We're trying this”, he said.

The discussion went on with Hines doubling down on the “mini-DLC” description. A screenshot of that Twitter conversation can be found below: 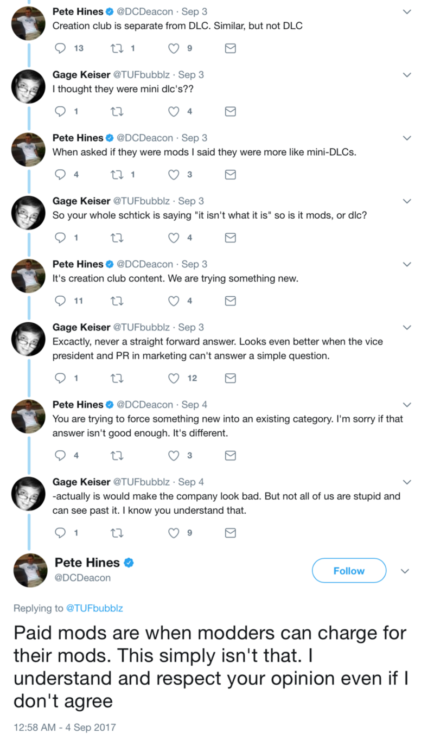 The Creation Club is now in beta for Fallout 4, and will go live for Skyrim this month.