Bethesda and id Software have revealed the first details about the closed Alpha of DOOM which is characterised as a "series of development-driven tests designed to stress test the game’s dedicated server infrastructure in a real-world consumer environment". Bethesda notes that it is not the Beta, of which entry was offered with the Wolfenstein: The New Order pre-order, nor is it a demo, or representative of the final game. The Closed Alpha will be an English-only test, regardless of the full game being available in multiple languages. 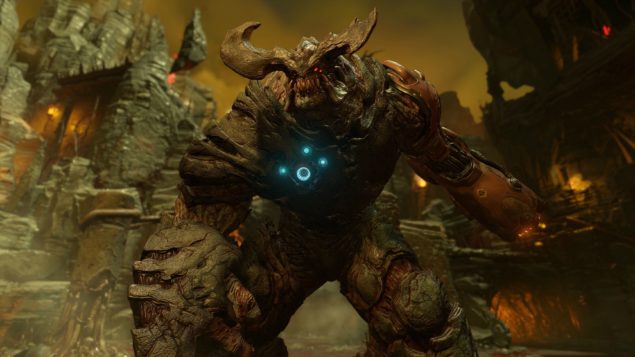 The Alpha will feature one multiplayer map called Heatwave, an industrial-themed map featuring plenty of armor, ammo, and health pickups.

Heatwave is described as follows:

Narrow corridors, walkways and small chambers all link to a central, open area of the map, providing players with a variety of environments that suit varying playstyles, as well as the focus point for fighting over key power-ups. 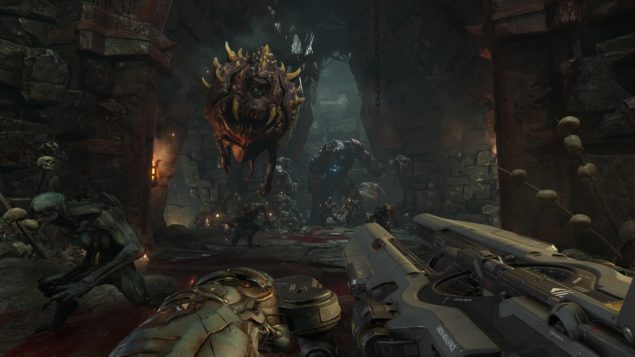 The alpha will include one mode, a 6V6 Team Deathmatch, in which two teams of 6 players will try to dominate each other by fighting over the Revenant and Gauss Rifle power-ups. Only the Revenant demon will be featured, and being the first player to the Demon Rune will transform you into the powerful Revenant. The only power weapon to be available is the Gauss Cannon, which will serve as a counter to the Revenant, destroying opponents in one blast.

The Closed Alpha will feature a limited arsenal of six weapons and two equipment items, which will be usable in both standard and customizable loadouts.

DOOM will release in Spring 2016 on Xbox One, PS4 and PC. We will bring you any new information on DOOM, as soon as it becomes available.