Here are the best Cyber Monday deals 2013 for our readers from United Kingdom. We will try to update the list as the new deals start coming. Enjoy shopping this Cyber Monday! 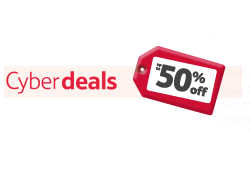 Steam Store is having an Autumn sale covering both the Black Friday and Cyber Monday. Steam Store is offering some great discounts on many titles:

Apart from these store specific deals, you can get Sony PS4 for £329 from most of these stores.

You can also get 7 inch Kindle Fire HD tablet for just £99 from Amazon.

Carphone Warehouse is also starting its Cyber Monday sale for Samsung smartphones. It is offering a bundle deal including Samsung Galaxy Note 3 and Samsung Galaxy Tab 3 7-inch for £33 a month on a 24 month contract. This sale would be on till December 3 midnight.

You can get an Apple iPod Nano 7th generation 16Gb from Tesco for just £99. Tesco is also offering Skullcandy Uprock headphones at £16.50.

Some of the Best Cyber Monday 2013 Deals