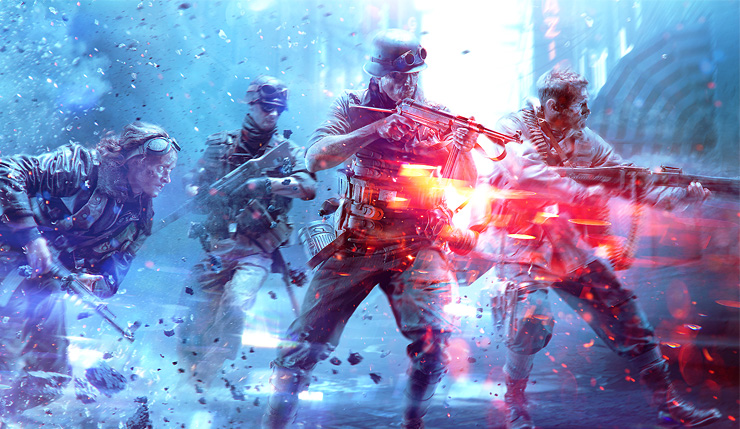 Get ready for another batch of Battlefield V content, as EA and DICE have quietly dated the game’s next big update. An official release date announcement hasn’t been made for Battlefield V’s second Tides of War chapter, but this recently popped up on the in-game calendar. 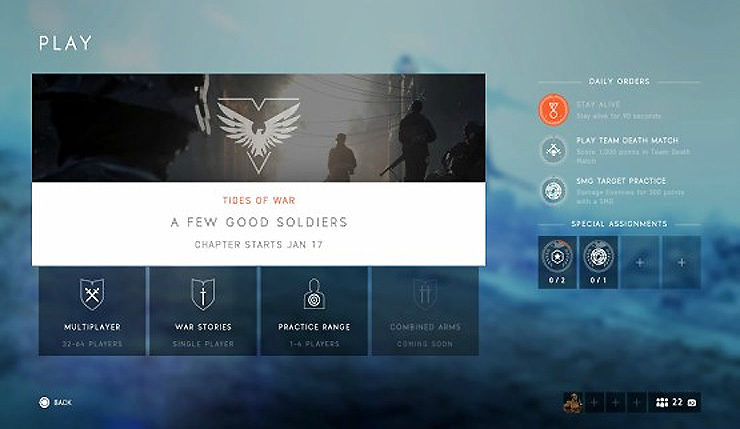 As you can see, Tides of War Chapter 2, Lighting Strikes, will arrive on January 17. It’s not entirely clear what the phrase “A Few Good Soldiers” refers to -- this chapter isn't supposed to have a new War Story, so it's probably just the name for the first Lightning Strikes content drop. We'll have to wait to see for sure, although we already know some of what Lightning Strikes will entail:

Lightning Strikes focuses on vehicle warfare and rapid infantry movement. The chapter brings to life the fear created by the Axis war machine through original content and challenges built around vehicle play.

Combined Arms: Join forces with up to three friends and take on the co-op experience of Combined Arms. In a series of Combat Strike missions across several maps, you and your squad will fight against AI components in various challenges.

During the chapter, two game modes will be added to Battlefield V. A revamped Rush is one of them. Say goodbye to MCOM stations and hello to bombs as you take on this classic, only available during Lightning Strikes. Speaking of classic modes, in Squad Conquest, you’ll take on the most iconic way to play Battlefield, but in a more intense way. Only 16 players – two squads per team – will fight for map domination.

In addition to content listed above, Lighting Strikes will also add a new premium currency, and likely a new raft of cosmetic goodies to spend it on, to Battlefield V. Lightning Strikes content will continue to roll out until sometime in March.

Battlefield V is available on PC, Xbox One, and PS4.