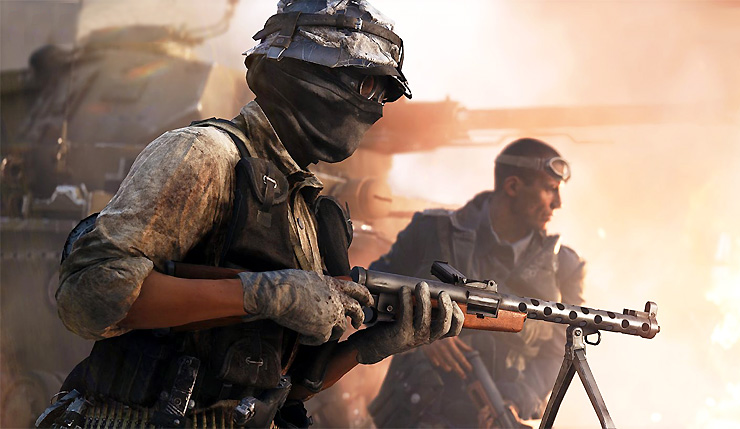 Last week the release date for Battlefield V Tides of War Chapter 2, “Lightning Strikes,” snuck out early, but now EA and DICE have made a full announcement, complete with trailer! The video gives us a nice new sneak peak at Battlefield V’s upcoming Combined Arms co-op mode, including its four launch missions (Market Sweep, Desert Declarations, Bricks and Mortars, and Bridgehead Blockade). We also get a look at the returning Rush mode, some new weapons and vehicles, and another glimpse of the upcoming Firestorm battle royale, which teases a…drivable tractor? Sure, why not? Check out the trailer, below.

Unfortunately, most of the stuff shown above won't actually be launching this week. Instead, Lighting Strikes is kicking off with the addition of Squad Conquest, a new 16v16 variant of the classic “capture the control points” mode. Here’s a rundown of all the new Lighting Strikes stuff arriving this week:

A tighter and more intense version of Conquest, in Squad Conquest two squads per team battle it out over smaller, more tactical layouts of three existing maps: Arras, Hamada, and Rotterdam. These maps all feature 16 players on two teams, three flags, spawning restricted to HQs, and limited access to vehicles. Clear lanes and conservative combat areas allow players to predict where enemies are coming from, where they need to defend, and how to subvert enemy movement. Learn more about Squad Conquest.

Weapons that will be obtainable through the Weekly Challenges in January and February:

You can check out the full patch notes for this week’s update, right here.

Battlefield V is available on PC, Xbox One, and PS4. Tides of War Chapter 2: Lightning Strikes bursts onto the scene on January 17 and new content will continue to roll out until sometime in early March. Combined Arms is slated to launch in February.