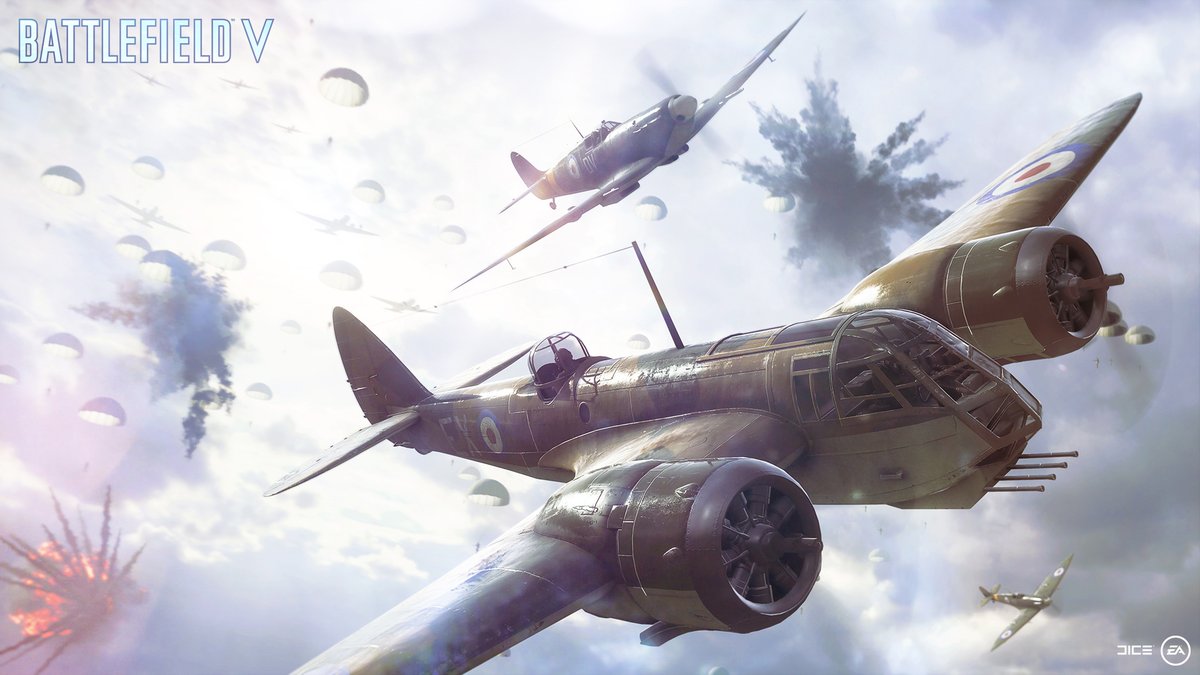 More details about DICE’s upcoming Battlefield installment have surfaced following its official announcement earlier this month, and the developer has now announced that the WWII game will feature an all-new Airborne Multiplayer mode in which players parachute onto the map and destroy or defend artillery on the ground. As said, EA DICE confirmed the mode through Twitter:

“Say hello to Airborne: a new #Battlefield V mode where you'll parachute into the battlefield and work with your squad to destroy enemy artillery, or defend them and make sure the threat from above is dealt with”, the tweet, accompanied with the featured image above, reads.

In another tweet, DICE announced individual progression trees for each Battlefield player class and ‘specialized Archetypes’, although the latter were already confirmed last week.

“Each #Battlefield player class has individual progression trees and specialized Archetypes so you can pick the right squad to complete the mission”, the game’s official Twitter account tweeted.

Earlier this week we already reported that DICE’s upcoming WWII shooter will only feature British and German factions at launch.

Battlefield V is scheduled for a global release on PC, PlayStation 4, and Xbox One this October. The game was fully unveiled last week. “Battlefield V is a homecoming for DICE as a studio—a return to the era that came to define the Battlefield franchise. But as nostalgic as we are about World War 2, we wanted to challenge the preconception of the era with an unexpected portrayal of this familiar setting. Our vision with Battlefield V is to let players explore new and untold sides of the conflict that shaped the modern world,” said Oskar Gabrielson, General Manager, DICE. “The scale of each battle and level of immersion is unlike anything we’ve done before in Battlefield and players are in for an epic journey.