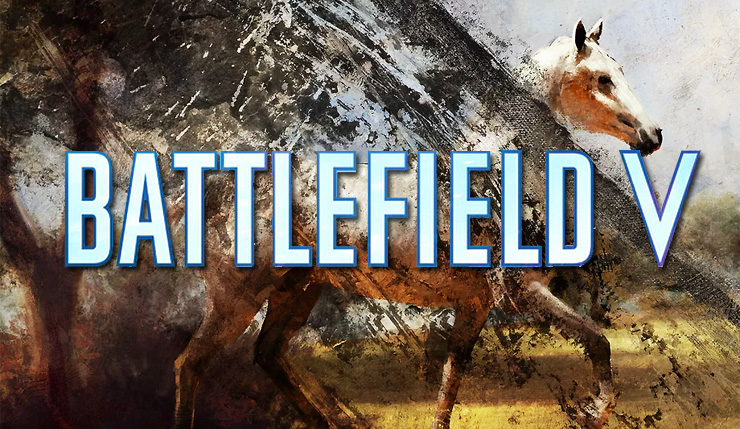 EA has officially announced Battlefield V will be the next entry in the publisher’s popular shooter franchise. The Battlefield V name first leaked back in March, along with the information that the game will take place during World War II and feature some form of co-op. EA didn’t confirm any of those details, but they did announce the game’s reveal date, which they previously teased via a Battlefield 1 Easter egg.

The Battlefield V reveal will be hosted by The Daily Show host Trevor Noah:

#ad The rumors are true (rumors that I started, but still...) I will be hosting the @Battlefield Live Reveal on Wed, May 23rd. Catch it streaming live on the #Battlefield YouTube. V EXCITING! pic.twitter.com/7B3fpTpQ6x

While EA is staying mum on any specific details, the Battlefield website is doing plenty of hinting. Battlefield V will feature a “new setting,” although it isn’t entirely clear whether EA simply means “not World War I again” or “a setting this series has never done before.” It's probably the former, but if it’s the latter, it would mean rumors the series is headed back to World War II or Vietnam are bogus. EA is also promising new modes and experiences, changes to the core gameplay, and a campaign that once again focuses on multiple “War Stories” rather than a single longer narrative.

What do you expect from Battlefield V? Will we be heading to World War II, or will the game feature a completely new setting? Will that battle royale mode rumor pan out? What would you like to see from the next Battlefield?

Battlefield V will launch later this year on PC, Xbox One, and PS4. The game will be revealed in full on May 23 at 1pm PT, so mark your calendars!