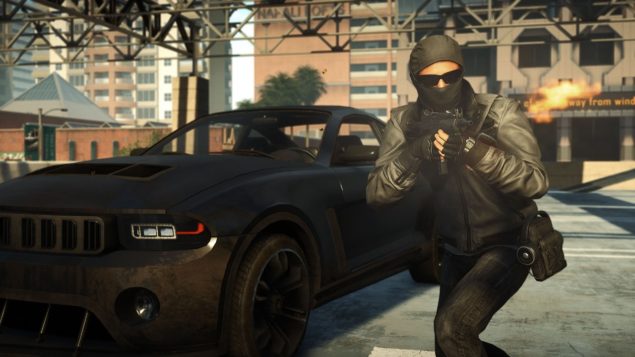 So what does Mike Glosecki have to say about the PC version then? Lets see shall we.

Battlefield Hardline is being built on PC alongside the other platforms. We’re doing what we can to take advantage of people’s different system with the graphics, framerate, controls, etc. We’re not just porting it over. Battlefield started on the PC with 1942 and we know we have a passionate fan base on this platform. Fans can expect the huge 64-player battles with that rock, paper, scissor gameplay that they have come to love in Hardline as well.

The PC allows you to customize the experience to your liking. You can play at much higher resolutions, 1920x1080 and beyond up to the capabilities of your video card. You can also use much higher graphic settings on PC – which you gives you the best texture filtering, texture quality, and anti-aliasing in addition to other benefits. You can adjust your field of view or run higher than 60 FPS if you choose. You can even play with a three monitor setup for an immersive experience. Lastly, you get to use a mouse and keyboard which gives you the best control setup for a first person shooter.

60 FPS should be a given in this day and age really, especially when it comes to PC.

How Stable Will the Game Be on PC?

Stability has been one of the largest areas we’re focusing our attention at Visceral while developing Hardline. I think we can all agree that Battlefield 4’s stability at launch was less than stellar. In order to address stability for our game at launch, we’ve had the game up and running in the multiplayer environment for the last two years with both the development and quality assurance teams playing in daily matches. We’ve run two betas for the game as well, one at E3 and the pre-launch beta which just completed on Feb 9th. Both of these have not only helped us solidify the stability of our servers, but have also provided great feedback for us to address in the game. As a side note, we are also making changes to Battlelog to include a new pop-up on how to activate the plugin in your browser since this was an issue for some of our players.

He goes on to mention that as with Battlefield 4 on PC, Hardline will also have a CTE (Community test environment) as this will "allow us to gain valuable feedback from our players before changes migrate out to the world".

So what do you think about Hardline yourself? I'm probably only ever going to pick it up after a year or so when it's on sale, I participated in the betas but I don't personally like it, "It's not Battlefield" as it were, more like a weird mix of Payday and GTA. If you wish to read Mike Gloesecki's statement in full, head on over Here then.