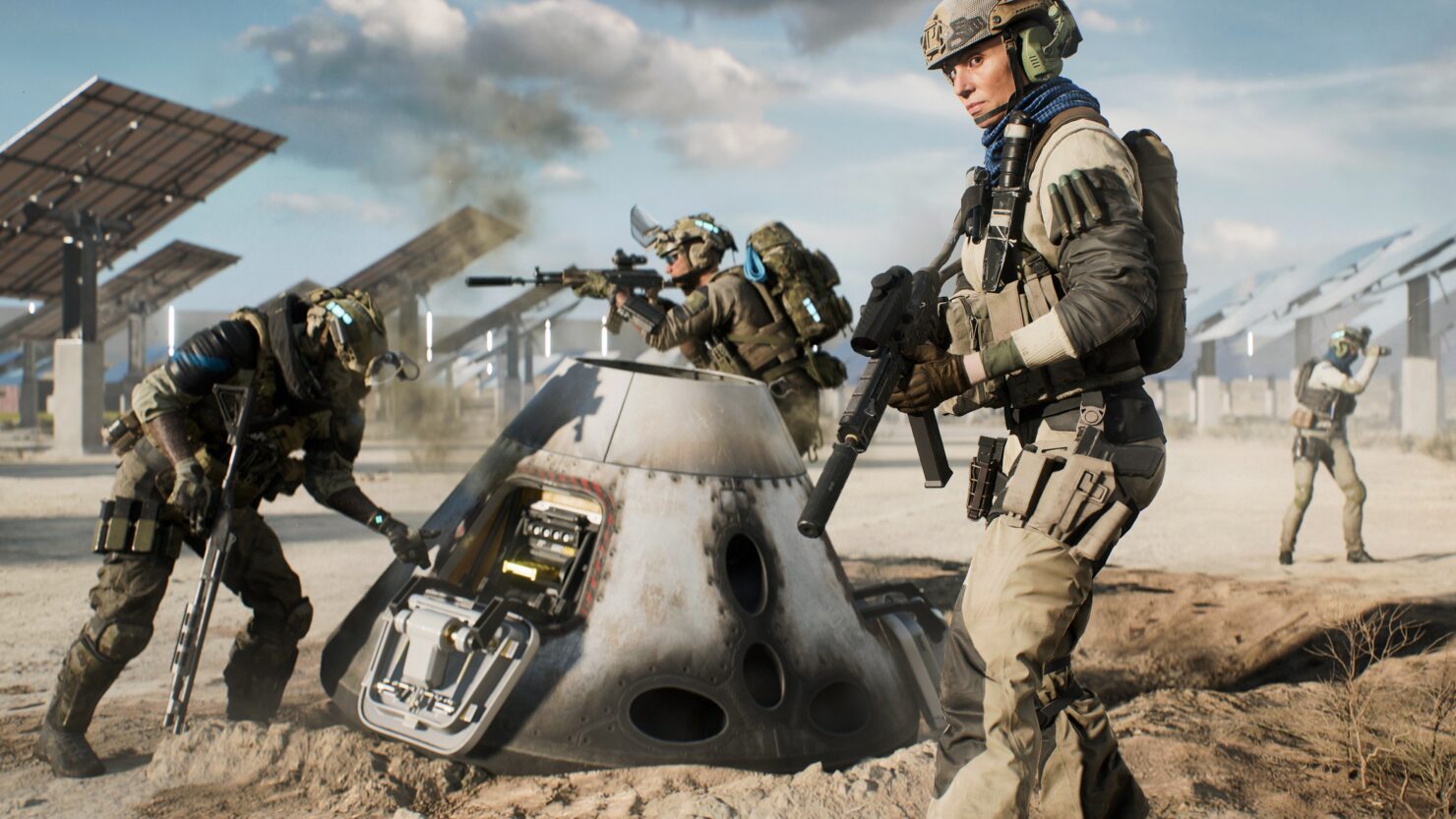 The third gameplay mode prepared by DICE for Battlefield 2042, Hazard Zone, has been finally unveiled. Ahead of the public reveal, we were provided with plenty of detailed information on this brand new mode for the Battlefield franchise.

The backstory of Hazard Zone begins in the game's 2040 when a global blackout event suddenly reduces the number of satellites by around 70%. From that moment onward, the US and Russia begin to launch so-called temporary satellites to gather intel such as aerial photography, heat map imagery, ID scanning, and more.

These satellites are then brought down so that the Occupying Forces (NPCs belonging to either the US or Russia) can collect the gathered intel. However, the No-Pats playable characters seek that intel for their own safety and send down task forces to retrieve it.

As previously rumored, then, Hazard Zone is indeed far from your regular Battle Royale game. It is instead more similar to something like The Division's Dark Zone, for instance. This is meant to be a tense survival experience where players are focused on extracting out of the zone with as many intel Data Drives as they can retrieve without getting killed. 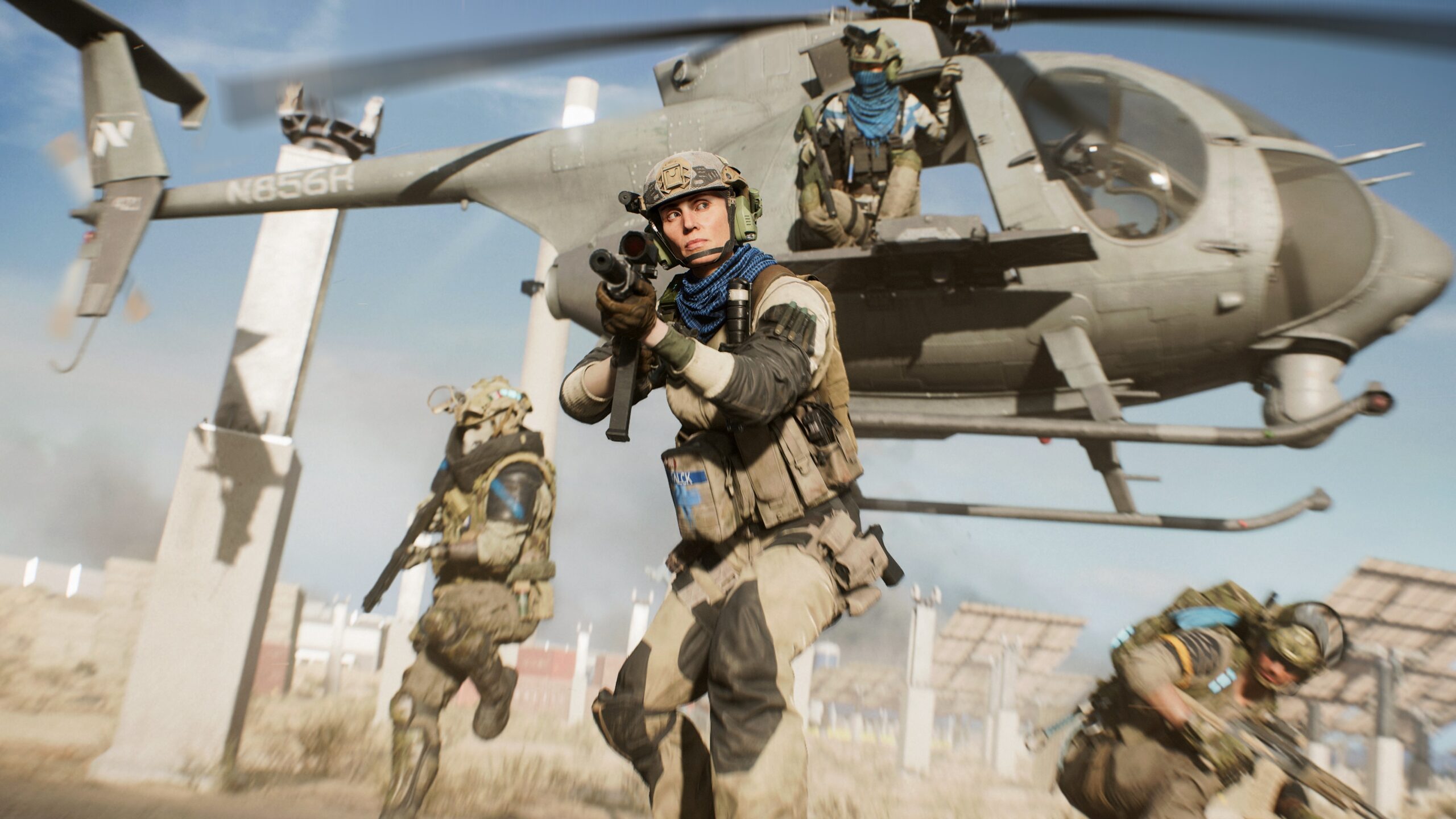 Beyond other squads and the aforementioned NPC-driven Occupying Forces, players will also have to look out for natural forces like Tornadoes. There are two opportunities for extraction, one taking place only a few minutes into the match and another at the very end of one, just before a storm makes the whole map a no-fly zone, killing anyone who didn't leave in time.

Do note that there are pros and cons to choosing each one. The first extraction is probably going to be easier to pull off since you won't have all remaining squads vying for it, but staying until the last extraction ensures you can try to snatch the more valuable Data Drives that only drop around mid-match from newly fallen satellites.

Hazard Zone will be a relatively intimate affair. PC and next-generation consoles will see matches for up to 32 players, whereas PlayStation 4 and Xbox One users will be limited to up to 24 players. These will be played on the same seven maps available in Battlefield 2042's All-Out Warfare mode, by the way.

Each squad is composed of four players, and the Specialist choice is unique. That means you should coordinate with your fellow squad members to build the best combination of Specialists depending on the playstyle you're going for. 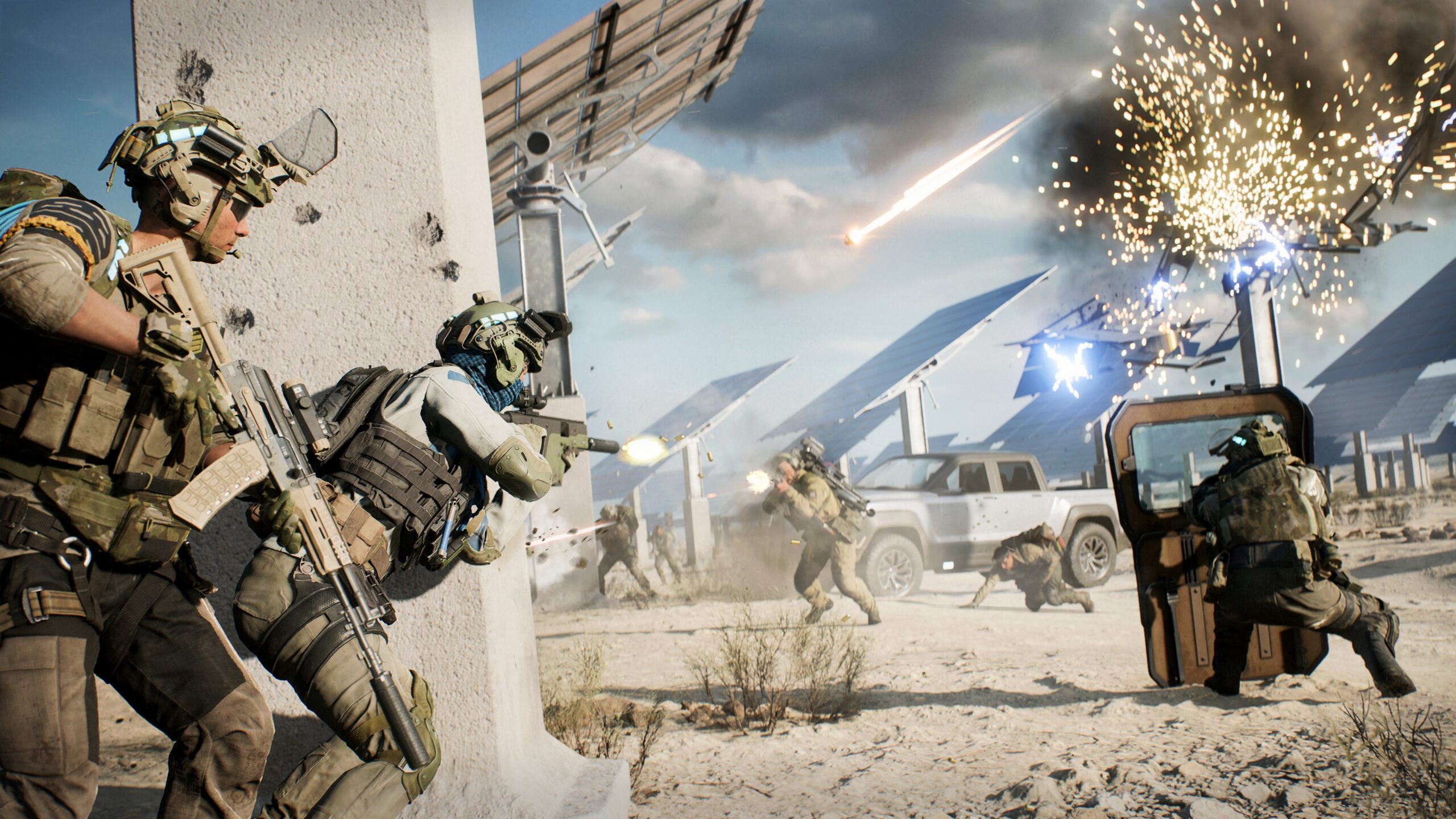 DICE even went as far as providing a few starting combination ideas. An offensive squad could feature Webster MacKay (the assault Specialist with the grappling hook) and Maria Falk (the medic); a defensive squad may want to select Kimble "Irish" Graves (portrayed by the recently deceased actor Michael K. Williams) and Pyotr "Boris" Guskovsky for their Fortification system and Sentry Gun, respectively; a squad focused on collecting data drivers could include Wikus "Casper" Van Daele, who can bring the ever-useful OV-P Recon Drone, and Maria Falk once again.

Downed players can try to crawl away so that they might be revived, but they can also be killed by other players while in this state. At that point, the player will be forced to spectate until the other squadmates can activate a Reinforcement Uplink (which can be found randomly on the map).

Hazard Zone has its own metagame, too. Each Data Drive that players manage to extract is converted into a Hazard Zone-specific currency called Dark Market Credits. These Dark Market Credits can be spent before each match to buy and equip weapons, gadgets, and Tactical Upgrades that are completely unique to Hazard Zone. 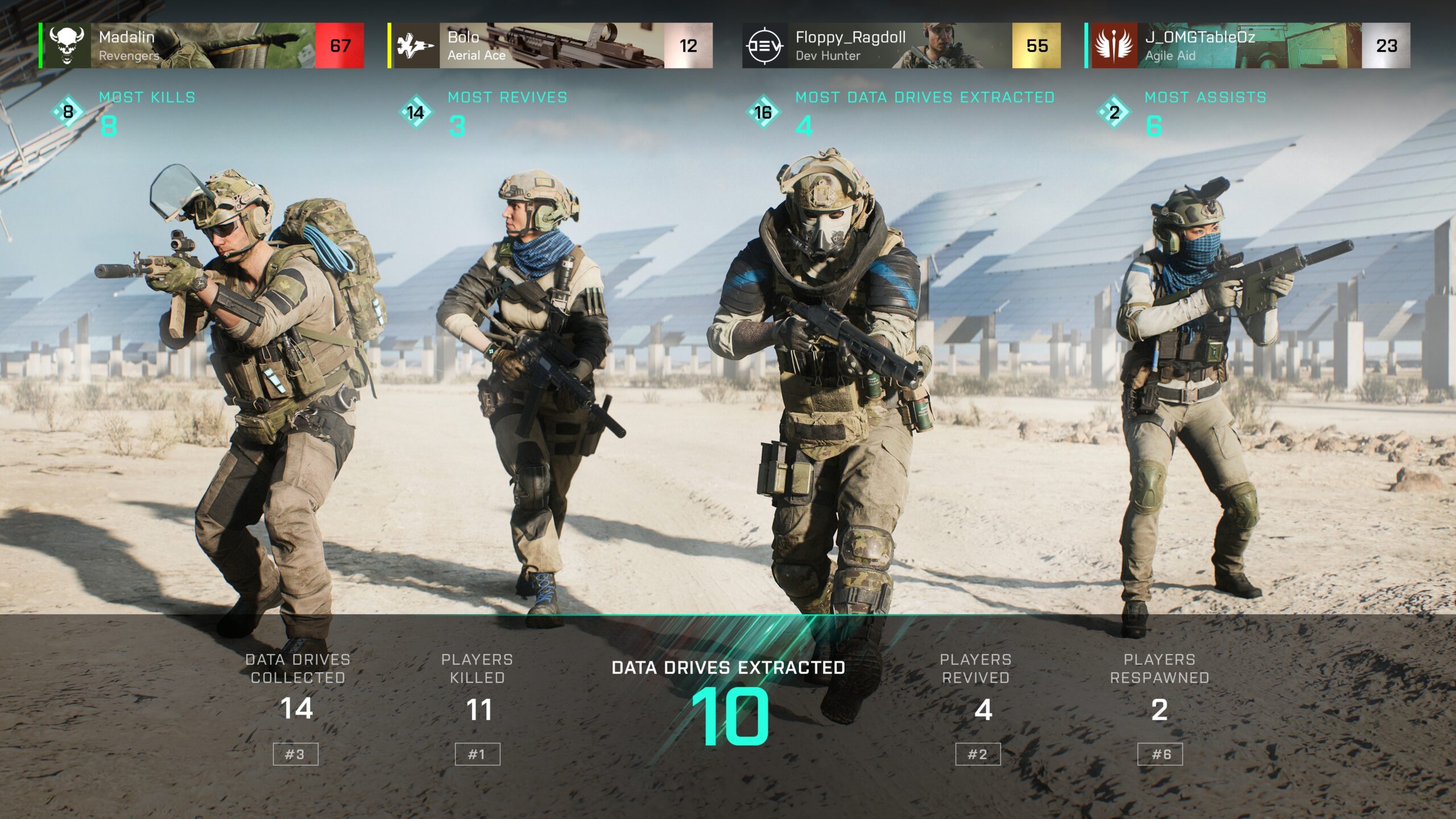 Interestingly, there's an Extraction Streak mechanics that rewards successful matches when using specific Specialists. This is reset to 0 when you fail a match, but if you do get it to a high count, juicy discounts will await when purchasing equipment loadouts or Tactical Upgrades. Speaking of that,  DICE shared the full list of 15 Tactical Upgrades available at launch in Hazard Zone.

SQUAD REINFORCEMENT
Reinforcement Uplink that can bring back killed squadmates. Can only be used once!

LOADOUT INSURANCE
Should you fall in battle, reimburses 50% of Loadout and Tactical Upgrade costs. 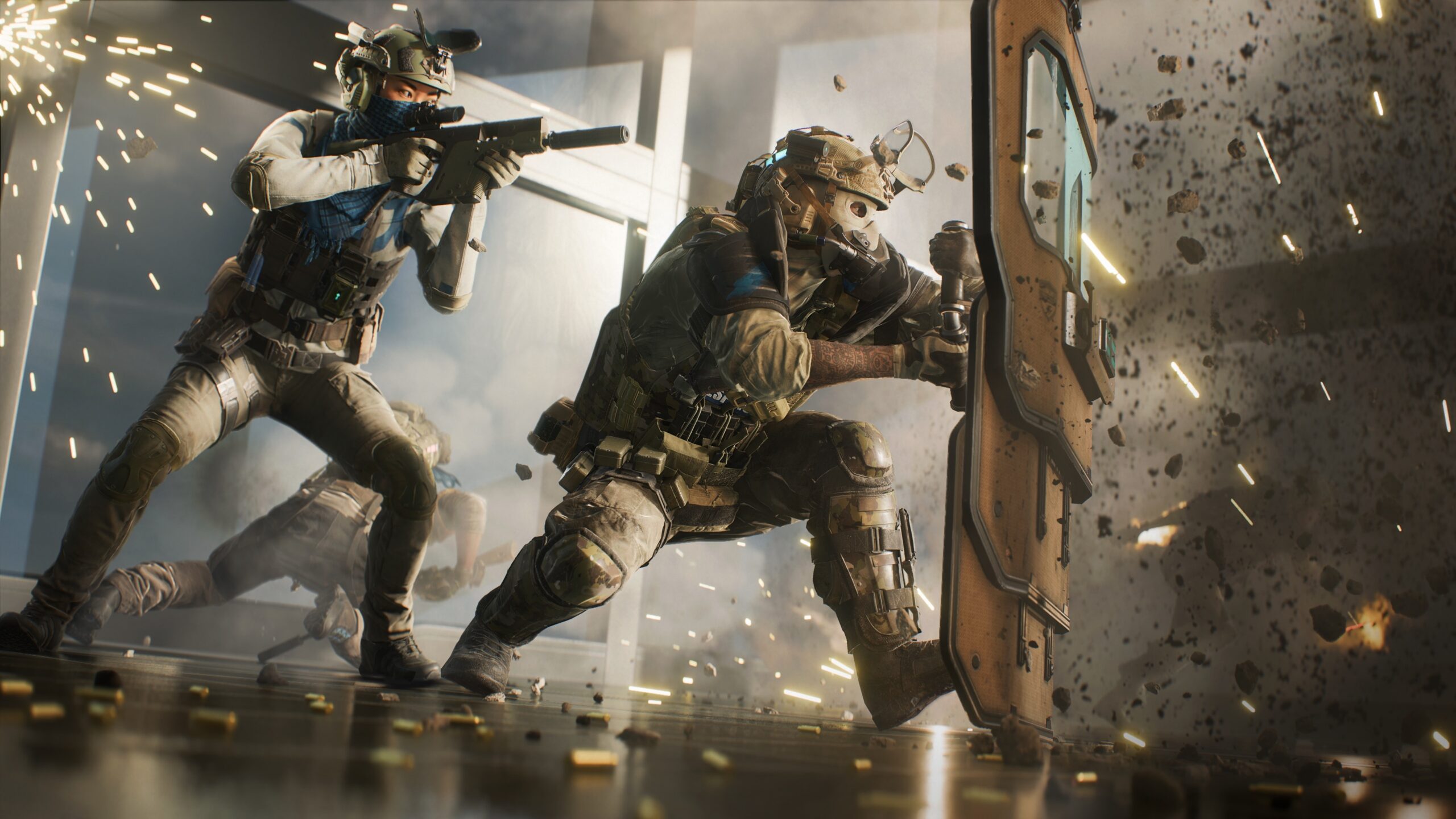 As a reminder, Hazard Zone will sit alongside All-Out Warfare and Battlefield Portal as the main modes in Battlefield 2042. The game is now scheduled to launch on November 19th for PC, PlayStation 4, PlayStation 5, Xbox One, and Xbox Series S|X.