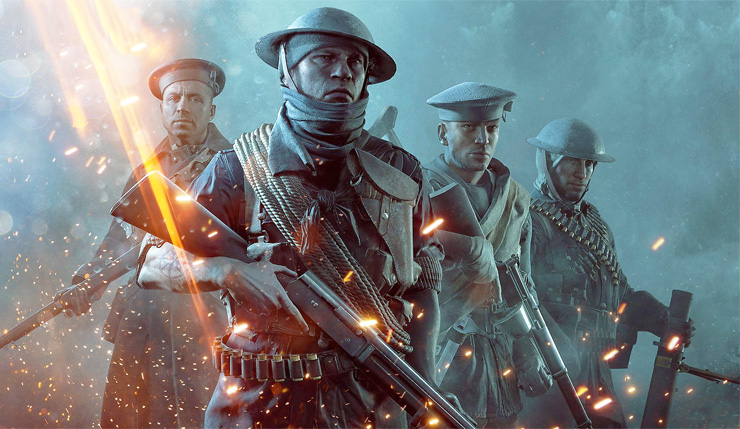 It’s time for another shot of free Battlefield 1 DLC. EA is giving away all of Battlefield 1’s add-on content, one expansion at a time – back in May they made the They Shall Not Pass and In the Name of the Tsar expansions available for free for a limited time, and now they’re doing the same for Turning Tides. As before, you get to keep the DLC if you download it during the free promotional period. Check out a Turning Tides trailer, below.

As the name implies, Turning Tides focuses on naval battles, adding the Royal Marines faction, the Infiltrator Elite Class, and the usual collection of new maps and goodies. Here’s the full rundown:

Relentlessly press the offensive – or hold your ground. Conquest Assault sees attackers and defenders fight over key areas, exclusively controlled by the defending team as the match starts.

Take part in the British amphibious assault on the Gallipoli peninsula in 1915. Battle it out in Cape Helles and Achi Baba.

Don the characteristic blue uniform of the British Empire’s elite naval troops and charge into battle with the new Royal Marines.

Hide in plain sight and move faster across the battlefield with the Infiltrator. Take advantage of a sprint boost while calling in artillery strikes and deploying a mobile spawn for friendly troops.

Rule the waves with the L-Class Destroyer. Jump into one of four seats and use cannons, torpedoes, AA guns, and mines. To dominate the air, spawn on the new, nimble C-Class Airship.

Turning Tides is available for free through the PlayStation Store, Microsoft Store, and Origin in both the US and Europe. The promotion should last until July 3.