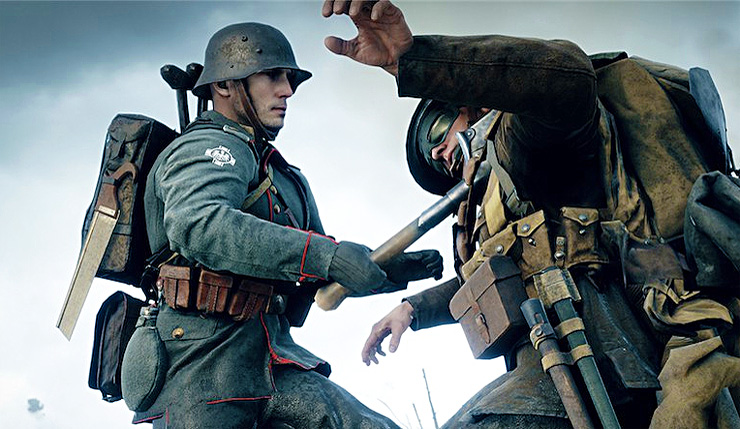 Earlier this week, DICE delivered a new Xbox One X patch for Battlefield 1, bringing full 4K support to the 2-year-old World War I shooter. The tech heads at Digital Foundry have given the Xbox One X patch the once-over, and found that it does, for the most part, deliver a true 4K experience. Due to dynamic resolution scaling, Battlefield 1 can drop to as low as 3360x1890 on Xbox One X, but that’s still a step up from the PS4 Pro version and its checkerboard upscaling. Of course, the PC version is still the gold standard, but the Xbox One X patch seems like a solid offering...for most part.

Unfortunately, the Battlefield 1 Xbox update also seems to have introduced a nasty multiplayer bug. People trying to play Battlefield 1 while in an Xbox Live Party are experiencing serious performance issues. Digital Foundry experienced framerate drops of around 10fps and severe stuttering, with frame-time spikes of up to 133ms, or around 8 frames. These issues are affecting Battlefield 1 on both the standard Xbox One and Xbox One X, with the issues being particularly bad on the base model.

It appears as if these problems are specifically tied to Xbox Live Parties – if you’re not in a party, multiplayer continues to run smoothly. You can still play in a squad with your friends, but without party support, you can’t chat with them, which is an obvious bummer. It seems this is a rather specific glitch, as opposed to a larger issue with the patch, so hopefully DICE can get a fix out quickly.

In other news, the Battlefield 1: Apocalypse expansion, which lets players take place in some of the bloodiest battles of WWI, including Passchendaele and the Somme, is free to download right now on Origin, Microsoft Store, and PlayStation Store.

Battlefield 1 is available on PC, Xbox One, and PS4.