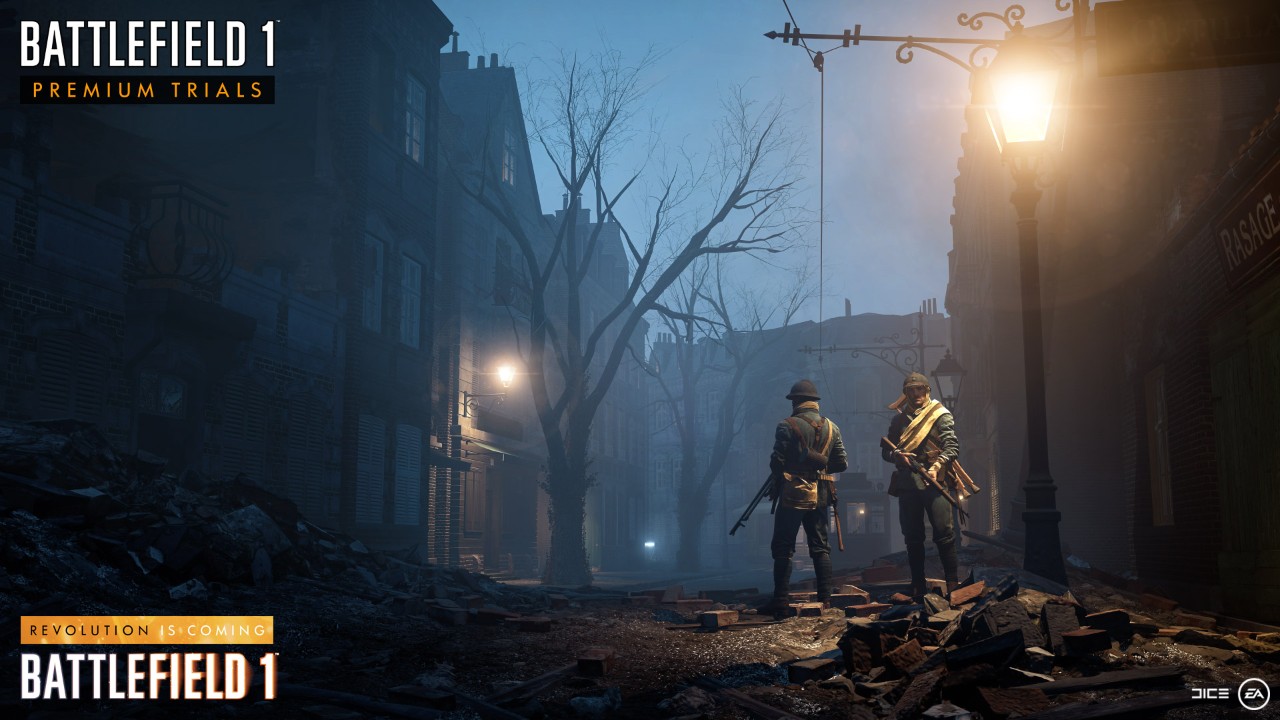 DICE outlined the Battlefield 1 roadmap for the remainder of 2017, calling it a "revolution" of sorts. It starts with a new initiative to deliver access to maps included in the Premium Pass. After the fairly unsuccessful Premium Friends, DICE is now launching the free Premium Trials.

According to the updated Battlefield 1 roadmap, the first Premium Trial maps available will be Prise de Tahure, Nivelle Nights and the other four maps from the DLC 'They Shall not Pass'.

Meanwhile, Premium Friends will still be available until Gamescom. In terms of DLCs, the roadmap begins with 'In the Name of the Tsar', due to launch in September; DICE also detailed the third expansion pack, Turning Tides, which will feature both frantic naval battles alongside the usual land and air clashes.

Finally, Battlefield 1 will soon be added on EA Access (for Xbox One) and Origin Access (for PC). That means subscribers for those services will have full, unrestricted access to Battlefield 1 for as long as they keep the subscription active.

Also note that the current Premium Friends period is still active and will last until Gamescom.

Battlefield 1 In the Name of the Tsar

Six new maps, the Russian Army, new weapons, vehicles, and more. Ready for the most extensive Battlefield expansion pack so far? Battlefield 1 In the Name of the Tsar arrives in September, but you’ll get an early taste in August with the release of the snow-covered map Lupkow Pass.

The third expansion pack for Battlefield 1 is just over the horizon. Releasing in December 2017, Battlefield 1 Turning Tides features the epic clashes of the Zeebrugge Raid, the Gallipoli Offensive, and more.

Apart from the frantic naval battles, you’ll also fight on land and in the air on all-new maps with new weapons. There’s much more intel on Battlefield 1 Turning Tides, but we’ll keep it classified for a bit longer. We do however think you’ll appreciate the naval touch on the expansion’s look and feel. Stay tuned.

We’re glad to announce that Battlefield 1 will be added to The Vault of EA Access and Origin Access.