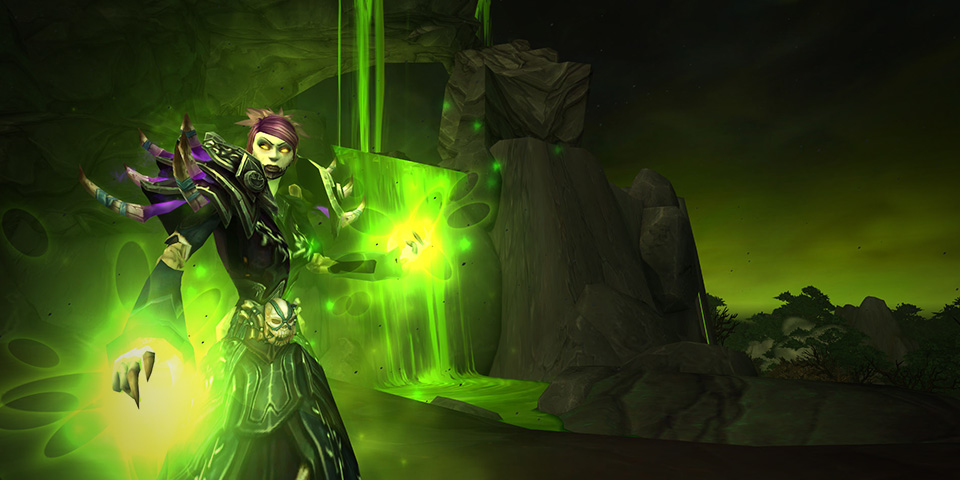 [Update] The class changes have now gone live on the US en European realms.

[Original story] Blizzard has announced that it will be buffing Arms Warriors, Destruction Warlocks, Frost Death Knights, Unholy Death Knights and Restoration Shamans in World of Warcraft: Battle for Azeroth next week.

We’ve included Blizzard’s official list of upcoming changes down below. Please note that these adjustments are not final and could change prior to next week’s maintenance.

Developers’ notes: While multi-target cleave is an iconic strength for Outlaw Rogue, we feel that Blade Flurry is currently too strong, particularly in Mythic Keystone dungeons. Likewise, the Azerite Trait Keep Your Wits About You provides too much added value to their AOE rotation at only a single instance of the trait. These changes should keep Outlaw Rogues very strong at multi-target cleave, but no longer significantly ahead of other specs.

Developers’ notes: In general, Restoration Shamans are struggling with single target healing environments like Mythic Keystone Dungeons and Arenas, so we’re buffing some spells from their single target kit. At the same time, we also feel like they aren’t doing as well in a particular area where they should excel: healing a large number of targets in a small area, so we’re increasing the strength of Healing Rain. Finally, Wellspring is an underperforming talent we feel could benefit from an increase to be competitive.

Developers’ notes: We’d like to see sustained damage become a greater source of pressure in Arena and Battlegrounds, but the passive healing providing by these Azerite Traits offsets much of that damage. We think that by decreasing their impact, we’ll see greater pressure on health and mana pools going forward.

Developers’ notes: While Death Knight damage is underperforming in raid environments, they are very strong in PvP. To offset the increases to their base damage, we’re reducing the effectiveness of two very strong Honor Talents.

Blizzard Rolls Out Frost Death Knights and Arms Warrior Buffs in Battle for Azeroth Patch 8.2 on the PTR