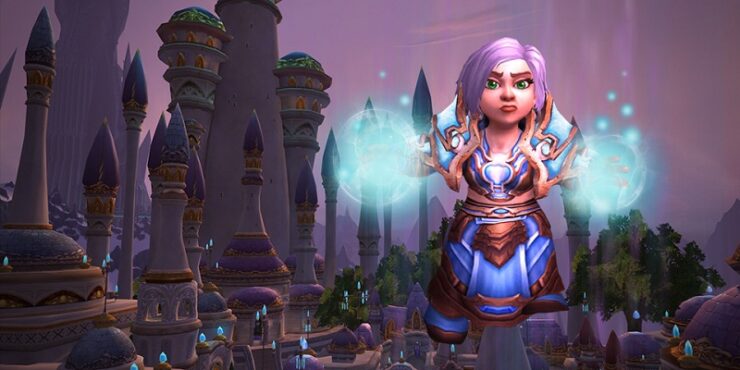 Blizzard will be buffing Arcane Mages in World of Warcraft: Battle for Azeroth, while Resto Druids will be nerfed in PvP settings.

The changes are part of several pieces of targeted class tuning on the game’s live servers and will be live following this week’s maintenance. According to Blizzard, the Resto Druid nerf in PvP is aimed to “bring their healing throughput more in line with other healer specializations in PvP.”

Arcane-specced mages will be happy to learn that the damage of all spells and abilities will be increased by 6%.

In addition to the above-mentioned buffs and nerfs, Blizzard will be reducing the amount of mana granted by Oceanic Restoration weapon enchant by 50% in PvP settings.

We’ve included the list of changes that Blizzard will be implementing down below:

Developers’ notes: At the start of BFA Season 2, we made changes to mana regeneration in PvP to increase the impact mana management has on long engagements. Similarly, Rise of Azshara introduced new methods of mana regeneration in the forms of a weapon enchant and Essences (below) that need to be reduced in the same fashion.

Developers’ notes: Throughout Season 2, Restoration Druid’s raw healing throughput paired very well with their crowd control, defensive abilities, and ability to sneak away and regain mana through drinking. This is intended to bring their healing throughput more in line with other healer specializations in PvP.

Developers’ notes: Due to the scaling increase that some trinkets received with the release Rise of Azshara, the PvP-specific reductions put in place for Season 3 did not have the impact we were going for. These are items that we previously noted were intended to be scaled out this season.

Developers’ notes: These Essences provide additional passive self-healing that we feel should be reduced to the same degree as tier 3 Azerite traits.

World of Warcraft: Battle for Azeroth is available now globally.