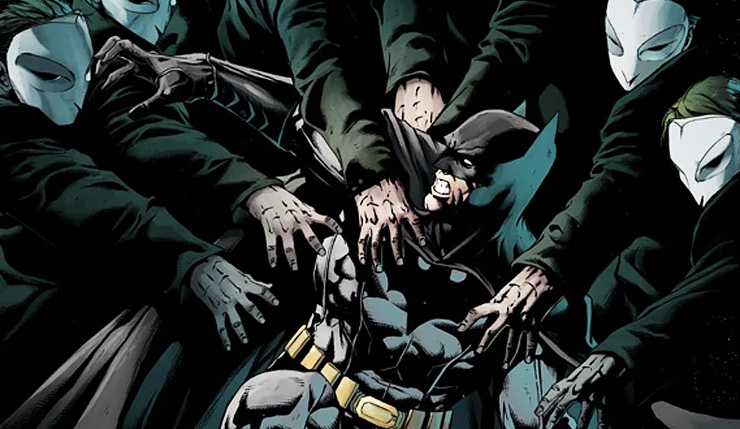 It’s been all but confirmed that Warner Bros. Games Montreal’s long-awaited new Batman game (rumored to be titled/subtitled Gotham Knights) will be fully unveiled this weekend at the big DC FanDome digital event, but that isn’t keeping them from doing even more teasing in the meantime. WB Montreal tweeted the following just a couple hours ago…

Not exactly sure what all the numbers and whatnot mean (although I’m sure somebody will decode them eventually), but that’s definitely an owl we see briefly pop up mid-video. For those who haven’t been reading recent Batman comics, the Court of Owls are a villainous secret society that were first introduced in Scott Snyder and Greg Capullo’s critically acclaimed 2011 – 2016 Batman run. It’s been rumored/teased for some time that the Court of Owls would serve as the baddies in the latest Batman game.

Meanwhile, a teaser site, r3dakt3d.com, has also popped up. Once it loads up (which takes a while) you get the message “We have be3n expecting you” and the date 8/18. Can't say what meaning all the 3s hold, but the date seems pretty straightforward – some sort of reveal is likely coming tomorrow. Could we see an early bit of concept art and confirmation of the Court of Owls theme, similar to what WB Interactive did with the Suicide Squad game?

Finally, writer Jordan Oloman did some digging around in r3dakt3d.com source code, and found evidence that WB Interactive may be planning to make fans play a bit of a game to unlock the trailer for the new Batman. Most interestingly, it seems the trailer may arrive as soon as this Friday, a day before DC FanDome kicks off.

Had a look at the code behind the #CourtOfOwls website https://t.co/htFxPpv67e and it looks like we'll be unlocking the trailer with radio numbers over the course of four days. Interesting! This suggests we'll get the full trailer on the Friday the 21st. pic.twitter.com/1MGLQz5wxe

Lots of speculation to be had, but again, we know pretty much for sure that we're going to be getting some solid info during the following DC FanDome panel...

What do you think? Excited for the new Batman game? Or have they over-teased this thing?