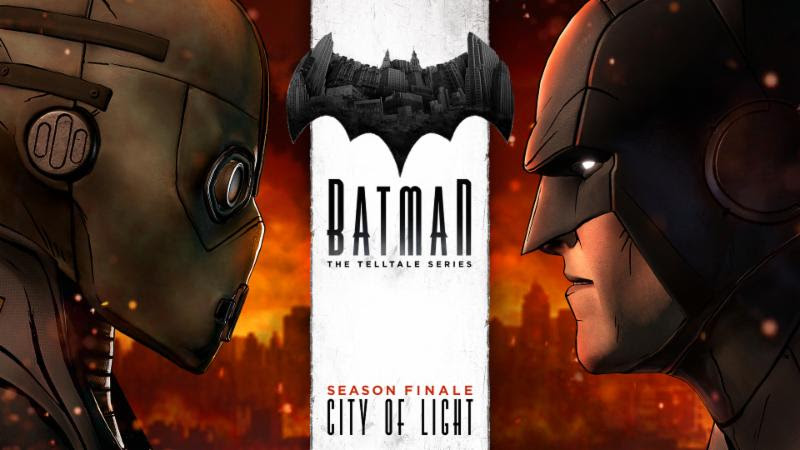 Gotham City needs a hero. Telltale Game announces that the epic Batman - The Telltale Series season finale will be out on December 13th. Batman and Lady Arkham fight for the very soul of Gotham in their intense showdown.

Episode 5 'City of Light' sees Batman confronting the leader of the Children of Arkham, Lady Arkham, as they unleash their sinister plans on the people of Gotham City.

If that wasn't enough, Bruce Wayne's biggest secret could end up being revealed in this Batman - The Telltale Series season finale. Hopefully, Bruce can win back the people of Gotham after having his family name lose face with the public and after being thrown into Arkham Asylum where he got help from his new crazy green-haired friend, John Doe, voiced by Anthony Ingruber. Looks like Batman, as usual, has his work cut out for him.

Depending on how you ended the third act of Episode 4, players will start Episode 5 in different places. Steam users will be happy to learn that a new patch is coming to support a wider range of PCs, with numerous performance improvements and the ability to finally customize the game settings. Some PC users have been experiencing a number of problems such as frame-rate dips and other technical issues that have put a damper their crime-fighting adventure.

Episode 5: 'City of Light' will be available to download on December 13th for Xbox One, Xbox 360, PlayStation 4, PlayStation 3, as well as compatible Android and iOS devices. The single episode costs $4.99US, though of course you can opt to pay $24.99 for the full five episode season pass.

In other awesome Batman news, Episode 1: 'Realm of Shadows' is now free to download for PC on Steam and there might be a new Arkham game in development according to this test footage.