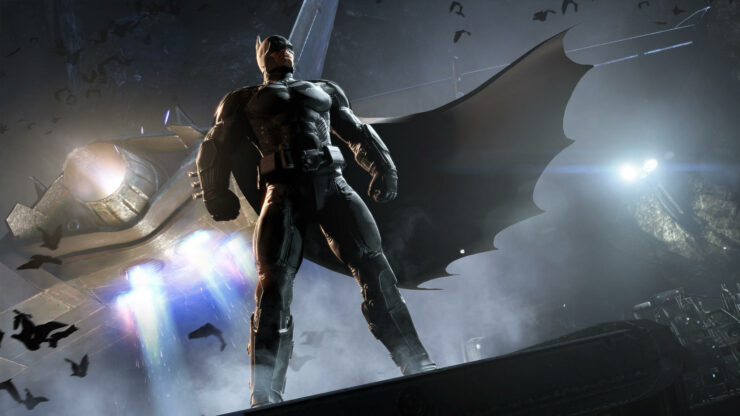 Rocksteady is seemingly done with the Batman Arkham series following last year's Batman Arkham Knight and the PlayStation VR exclusive Batman Arkham VR, but there's very little doubt that Warner Bros will let other teams handle the series in the future. We haven't heard anything about a new entry in the series, but it seems like a new Batman Arkham is indeed in the works by a team that already developed a game starring the Dark Knight.

In a series of new videos showing how Warner Bros Montreal, the team behind Batman Arkham Origins, is expanding the DC Comics universe in the interactive space, short work in progress footage from what seems like a new open world game is shown.

This clearly doesn't confirm it's another Batman Arkham game, despite the familiar setting, but another recent recruitment video, that has been since removed, clearly showed the character. The fact that a DualShock 4 is used to control the work in progress game also suggests that it's not old Batman Arkham Origins pre-release footage.

These videos seem to confirm a rumor from earlier this year which stated that Warner Bros Montreal is working not only on another Batman game, starring Bruce Wayne's son Damian but also on a Suicide Squad game.

Suicide Squad, in which they go help from Rocksteady.

- is a brawler
- you create your own avatar, grow it out, with tiers of rewards
- many characters to choose
- coop-action
- Borderlands esque

Next game is the Damian Wayne game.

- has been greenlit last summer
- 10 years in the future (I think our future from 10 years now, not quite Batman Beyond)
- Bruce is old and has a beard
- harness on his leg
- uses a walking stick
- is mentoring Damian Wayne to be the new Batman
- Damian has a Batbike
- lots of great characters and also new ones, lot's or redesigns, like Black Mask being a female
- Dick's in it, has a shaved head
- some other villains are Flamingo, Poison Ivy and White Rabbit(old, looks like a granny)

The new WB Montreal games have yet to be confirmed, so we definitely have to tread lightly until an official announcement comes in. We will keep you updated on the matter as soon as more comes in on it, so stay tuned for all the latest news.