The PC version of Batman Arkham Knight, the latest entry of the series developed by Rocksteady, has been one of the most controversial releases of last year, due to a variety of issues that plagued the game at launch. PC owners of the game had to wait for some time to get most of the issues fixed and today Warner Bros. Is expressing its gratitude to those who stuck with the game with a new free DLC pack, which will only be made later on consoles. 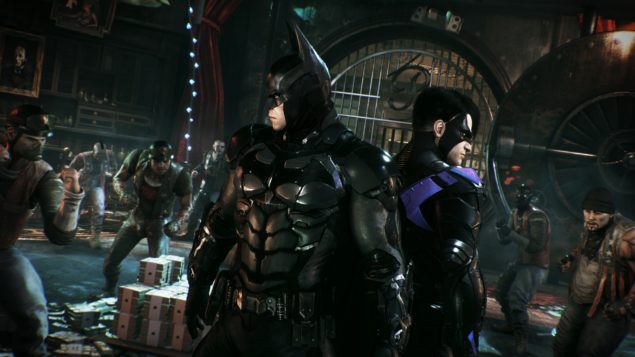 Batman Arkham Knight received plenty of additional content last month. Alongside new skins and new AR Challenges, Warner Bros and Rocksteady have released the Season of Infamy expansion, which adds new new Most Wanted side missions starring some of the most popular villains of the Batman universe – The Mad Hatter, Killer Croc, Ra’s Al Ghul and Mr. Freeze. The expansion is now available for purchase on all formats.