Batman Arkham Knight has another interesting edition available, that comes with a beautiful hardcover graphic novel. 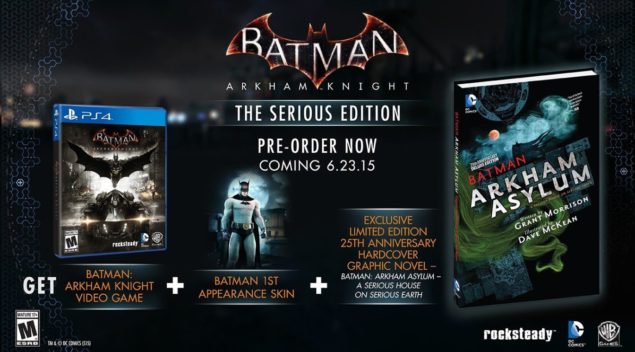 Batman Arkham Knight – The Serious Edition is available from Amazon.com for $69.99