Rocksteady Games has revealed the identity of Batgirl in their upcoming Batgirl: A Matter of Family content, which will be part of the season pass for the Batman: Arkham Knight.

As was announced earlier this week, players will be able to play as Batgirl on the prequel story, which raised a few questions on whether this Batgirl was to be Barbara Gordon, adopted daughter of Commissioner Gordon or Cassie Cain, daughter of league of Assassin's member David Cain.

Batman Arkham Knight Game Director Sefton Hill has confirmed on Twitter who it is.

As a few of you have asked about the DLC, "who is Batgirl?" I can confirm it is indeed Barbara Gordon.

Hill confirmed Batgirl will indeed be Barbara Gordon, which has led to a frenzy of speculation about what will happen in the DLC. As I have previously suggested, if the prequel DLC was to adapt the Killing Joke, as the story for the Batgirl content, it will in my opinion elevate both the particular content as well as the Batman Arkham Knight package to some seriously high ground. Not saying of course that Arkham Knight by itself won't be worthy of the praise. The Killing Joke however is certainly the most highly regarded Batgirl story, and one of the most acclaimed in the Batman universe, so having such an influential back story would be the perfect sendoff for the Arkham trilogy. Even Mark Hamill himself offered to come back to reprise his role as the Joker, if The Killing Joke was to be adapted. 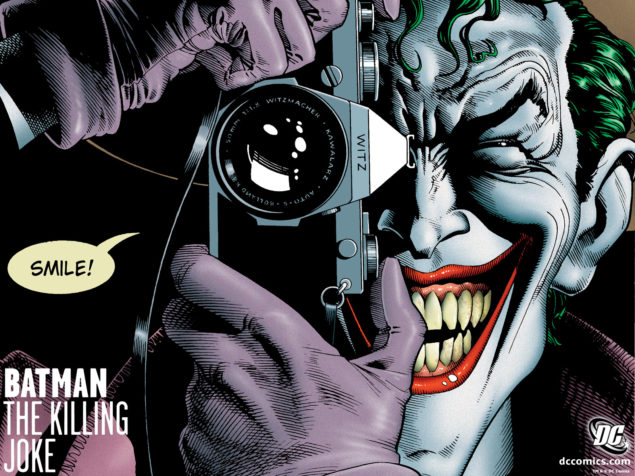 Batgirl: A Matter of Family

An all new prequel story expansion in an entirely new location where you play as Batgirl for the very first time in the Arkham series – check out the first render of Batgirl.

The Season of Infamy

Play as Batman’s key allies in narrative missions extending their storylines, from both before and after the events in Batman: Arkham Knight.

Drive the most iconic Batmobiles from Batman’s 75-year history, on custom-built race tracks, each themed to that Batmobile’s specific era. Every Batmobile will be drivable across every race track.

Engage in a series of new challenge maps utilizing the unique play styles of Batman and his allies.

A variety of skins from across the eras for Batman, Robin, Nightwing and Catwoman.

WB revealed the Batman: Arkham Knight Season Pass and its pricing last week. On its own, the Season Pass will run £32.99 / $39.99, or it will be available in the Premium Edition of the game for £87.98 / $99 on PS4 and Xbox One. The Season Pass will provide six months worth of DLC content. We will bring you any new information on Batman Arkham Knight as soon as it becomes available. Be sure to check out our previous coverage for more.